Shares of EOG Resources (EOG 0.29%) jumped 26.7% in February, according to data provided by S&P Global Market Intelligence. The main factor fueling the oil stock was higher crude prices, which more than offset some selling pressure following its fourth-quarter results and 2021 outlook.

Oil prices were in rally mode last month. The primary U.S. oil price benchmark, West Texas Intermediate, surged nearly 20% during the month to more than $60 a barrel. That pushed crude oil close to its best level in almost two years. Fueling the price of oil was the support of OPEC. It has continued to hold back supply and allow the economy to burn off its excess inventory while demand recovers from the pandemic's impact. 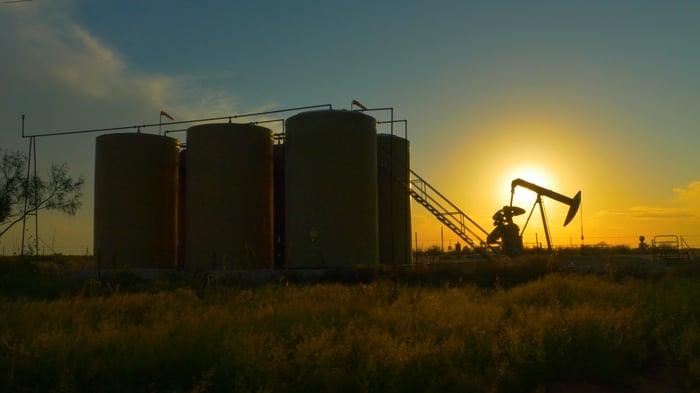 That rally in oil prices was the main reason EOG's stock surged last month. While the company reported its fourth-quarter numbers at the end of February, those results caused its stock to give up some of its gains -- it was up more than 40% at one point in the month.

EOG's fourth-quarter numbers were good, considering the state of the oil market. It earned $0.71 per share, which beat the consensus estimate by $0.35 per share. Fueling that stronger-than-expected result was an 18% quarter-over-quarter rebound in the company's crude oil production, which topped the midpoint of its guidance range due to better well results.

But investors didn't like EOG's spending plans. The oil company intends on increasing its capital spending budget to a range of $3.7 billion to $4.1 billion, up from $3.6 billion in 2021. The increase won't boost EOG's production. Instead, it's ramping up its investments in exploration to find new sources of oil and gas.

The market wasn't thrilled with EOG's decision to ramp up its exploration activities, given the accelerating energy transition to cleaner energy sources. However, the company's current focus on oil is paying dividends now that prices are recovering. If that trend continues, EOG could generate a gusher of cash this year. That could allow the company to return even more money to shareholders above its dividend, which it recently boosted by another 10%.