Please ensure Javascript is enabled for purposes of website accessibility
Log In Help Join The Motley Fool
Free Article Join Over 1 Million Premium Members And Get More In-Depth Stock Guidance and Research
By Keith Speights - Mar 5, 2021 at 6:01AM

The main problem was the oral-health company's outlook for Q1.

What goes up can come down. That's what SmileDirectClub (SDC -6.25%) shareholders have seen firsthand so far this year. Shares of the oral-care company jumped more than 25% year to date by late January. Since then, though, it's been mainly downhill for SmileDirectClub.

The company announced fourth-quarter results after the market close on Thursday. Here are the highlights from the company's Q4 update. 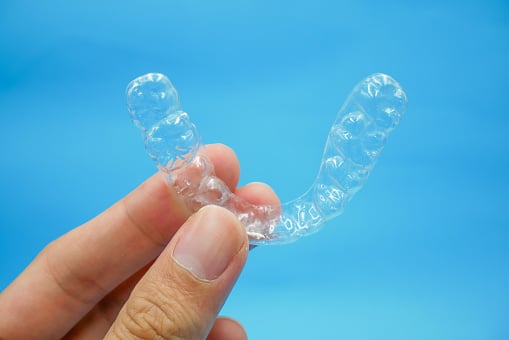 SmileDirectClub generated revenue in the fourth quarter of $184.6 million. This result reflected a 6% year-over-year decline but was up 10% from the previous quarter. It also topped the consensus Wall Street estimate of $181.1 million.

The company reported a net loss in the fourth quarter of $33 million, or $0.09 per share. In the prior-year period, SmileDirectClub's net loss totaled $97.3 million, or $0.25 per share. However, the company's bottom line improved from the previous quarter. It also narrowly beat the average analyst estimate of a Q4 net loss of $0.10 per share.

Arguably the best news for SmileDirectClub was its dramatic improvement in adjusted earnings before interest, taxes, depreciation, and amortization (EBITDA). The company posted adjusted EBITDA of $7 million in the fourth quarter, a 137% quarter-over-quarter increase and much better than the adjusted EBITDA loss of $60 million in the prior-year period.

The biggest driver of SmileDirectClub's success is clear aligner shipments. In the fourth quarter, the company shipped 101,794 aligners. Although that total reflects an 11.5% year-over-year decline, it's up more than 9% from third-quarter shipments.

The COVID-19 pandemic continues to present headwinds for SmileDirectClub. However, the company appears to be executing pretty well against its plan despite the ongoing challenges.

While SmileDirectClub topped Wall Street estimates, investors appeared to be disappointed with the company's Q4 results, with shares falling more than 3% in after-hours trading Thursday. It could be that they were looking for a bigger positive surprise, especially since SmileDirectClub's rival Align Technology delivered stellar fourth-quarter results last month.

It's also likely that investors weren't too happy with SmileDirectClub's guidance for the first quarter. The company looks for Q1 revenue to rise between 5% and 7%, compared to Q4. But it also anticipates that adjusted EBITDA won't be as high as the Q4 result.

There's a good reason why adjusted EBITDA will be lower, though. SmileDirectClub continues to increase its marketing spending. This weighs on the company's bottom line over the short term. However, it should pay off in the future. SmileDirectClub noted that over 15% of the orders it received in the fourth quarter of 2020 became leads at least 24 months ago.

The longer-term prospects for SmileDirectClub appear to be bright. As acceptance of telehealth (and especially teledentistry) increases, the company should be able to gain additional market share in an enormous potential market.