One analyst known for his accurate predictions of Apple (AAPL 0.88%) product developments has made a bold new forecast. Ming-Chi Kuo of TF International wrote in a research note distributed on Monday that Apple will release a mixed-reality (MR) headset by the middle of 2022.

MR is basically one step up from augmented reality (AR), the difference being that the former more seamlessly incorporates real-world elements into the artificial environment. 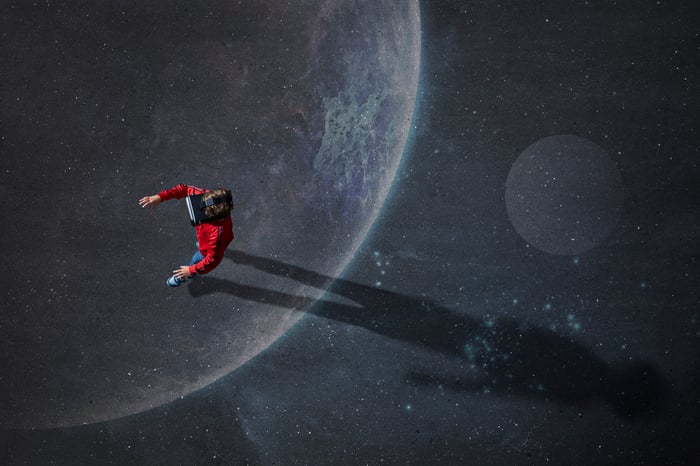 The MR headset will be only the start of Apple's presence on that market, believes Kuo. "We predict that Apple's MR/AR product roadmap includes three phases: helmet type by 2022, glasses type by 2025, and contact lens type by 2030–2040," he wrote in the note. "We foresee that the helmet product will provide AR and [virtual reality] experiences, while glasses and contact lens types of products are more likely to focus on AR applications."

The analyst says that the headset will be powered by Sony Micro-OLED displays, accompanied by a number of optical modules in order to produce both a "see-through" MR/AR experience and a convincing VR environment for the user.

Apple has recently built up its video entertainment offerings. Kuo envisions that the company will use these collectively as a platform for its AR/MR/VR offerings. A title might be parked on the Apple+ streaming service, for example, and a user could access it through the headset.

As is its habit, secretive Apple has said nothing publicly about its work in this sphere. It also has not responded to Kuo's predictions.

Apple, currently caught in the middle of a broad tech stock sell-off, fell by nearly 4.2% on Monday, a far steeper fall than that suffered by the S&P 500 index.