This would match the extension granted by the agency last year in the initial months of the pandemic.

Are U.S. taxpayers about to receive another three-month extension of the IRS filing deadline? If two prominent lawmakers get their way, the answer will be yes.

On Monday, two Democratic members of the House Ways & Means Committee, Chairman Richard Neal of Massachusetts and oversight subcommittee Chairman Bill Pascrell of New Jersey, formally requested that the IRS do so right away. They pointed out in a press release that the number of both processed and filed returns so far in 2021 are down significantly from last year at this time. Processed returns are 31% below the 2020 level, while filed ones are down by nearly 25%. 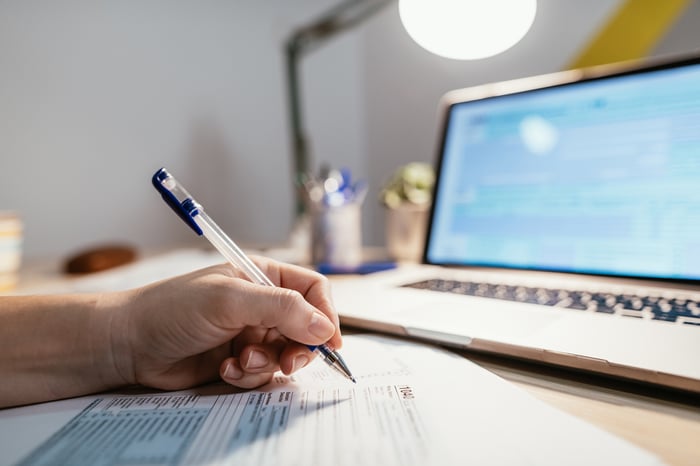 Responsiveness is also a problem, Neal and Pascrell said, noting that only 27% of total taxpayer phone calls to the IRS are being answered.

And the American Rescue Plan passed by the Senate this weekend and almost certain to become law will also have an enormous impact on the 2021 tax season.

"Last year, the tax filing season was extended by three months to July 15, 2020," Neal and Pascrell were quoted in the press release as saying, referring to the extension granted because of the coronavirus outbreak.

The two congressmen added: "We want to remind the IRS that many Americans continue to face the same health and economic challenges that necessitated an extension last year. ... We demand that the IRS announce an extension as soon as possible."

The IRS has not yet officially responded to the request.

Shares of companies involved in tax preparation saw lively action in the wake of that press release. In afternoon trading on Monday, Turbo Tax owner Intuit (INTU 3.55%) was down by 2.3%, while H&R Block (HRB 2.60%) enjoyed a 1% gain. The S&P 500 index was up marginally by 0.1% at that point.

Intuit Is Surging While Farfetch Sinks After Hours. Here's Why

Why Did Intuit Gain 16% in October?