Please ensure Javascript is enabled for purposes of website accessibility
Log In Help Join The Motley Fool
Free Article Join Over 1 Million Premium Members And Get More In-Depth Stock Guidance and Research
By James Brumley - Mar 8, 2021 at 9:16AM

There's more to the recent headlines than is being highlighted, making the stock's recent plunge a buying opportunity.

On the surface, things look bad for streaming cable television outfit fuboTV (FUBO 8.26%). Not only did its fourth-quarter earnings fall short of estimates, but DISH Network (DISH 0.91%) and DraftKings (DKNG 2.91%) are now teaming up to offer sports betting using DISH's TV set-top boxes. See, fuboTV is working on a similar sports-wagering platform. End result? Fubo shares are down by roughly a fourth of their value in response to the two news items that broke earlier last week.

This steep sell-off, however, may ultimately be a buying opportunity. There are a couple of nuances with the DISH/DraftKings deal that dampen its potential threat to fuboTV's betting plans. And last quarter's earnings miss looks past a couple of important details about the young company's numbers. 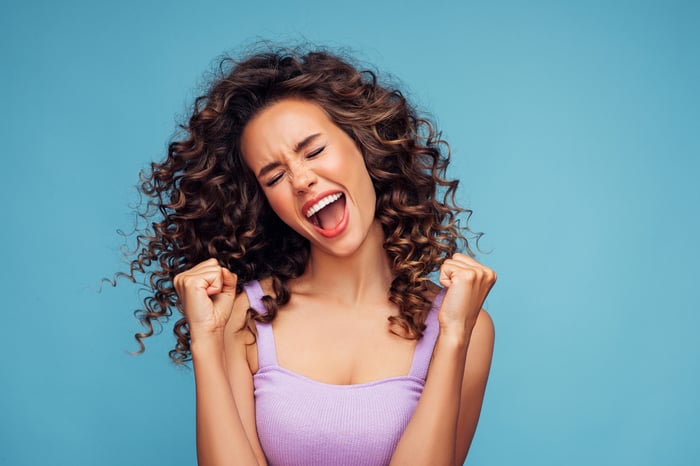 One little detail is a very big hurdle

It's a cool idea, even if inevitable given the technological leaps we've seen from the television industry in recent years. Soon, DraftKings' fantasy sports and wagering app will be integrated with DISH Network's so-called "Hopper" TV tuners, allowing customers to gamble right from their TVs. DISH's Sling TV and even its wireless brand Boost Mobile may integrate the app in the future.

It's smart. U.S. regulators are becoming much more liberal with gambling, and the industry is growing as a result. Gabelli Funds' Adam Trivison and Gustavo Pifano estimate the country's sports betting market will be worth more than $10 billion by 2028, versus less than $1 billion in 2019 before the COVID-19 pandemic sparked strong demand from entertainment-starved sports fans.

There's some proverbial fine print buried in DISH Network's press release that's worth highlighting, though. That is, the DraftKings wagering app will only work if the Hopper receiver is connected to the internet.

DISH's satellite cable service works perfectly fine without such a connection. It doesn't need to be plugged into a conventional cable cord either. Remember, DISH Network's television receivers only need power, and a line run to a small radar dish that operates independently of any cable lines already in place.

That's not to say DISH's satellite cable customers haven't hooked up their Hoppers to the web. Some certainly have. But the chief appeal of a satellite TV subscription is rooted in poor, expensive, or unavailable conventional cable television from the same companies offering broadband service. The Hopper hookup may be just one connection too many for many customers to fool with.

This is in contrast with fuboTV's service, which requires an internet connection to function at all. Obviously, these cable subscribers are connected to the web, which means no additional connection is necessary to access its eventual sports betting.

The clincher: DISH Network's satellite TV customers will soon be able to bet on sports through their television sets, but this customer base is still shrinking. DISH lost another 140,000 paying subscribers during the quarter ending in December, extending a long streak of customer attrition.

As for fuboTV's fourth-quarter earnings miss, yes, the company's loss of $2.47 per share was stunningly worse than the consensus estimate for a loss of only $0.73 and the year-ago loss of $1.07 per share.

Remember, though, this is a start-up company -- the only kind of its size and ilk -- and nobody has a great grip on what it should be spending relative to the revenue it's producing. FuboTV didn't even start 2020 out as the viable alternative to traditional cable service we know it is today. The company only added programming in June, and as recently as early 2017 it was still just a sports-focused addendum to existing cable TV packages.

To this end, investors may be looking past the most meaningful metric from the company's fourth-quarter report. That's the growth in the average annual revenue it's collecting from its users, or ARPU, compared to its average annual operating cost per user, or ACPU.

FuboTV still has plenty of non-GAAP and non-cash expenses to address to be sure, but much of last year's losses are the result of things like impairment charges and marketing-related expenses that have no meaningful baseline comparison. The operational math of the business model itself seems to work.

Just as important, fuboTV continues to add subscribers, ending last year with 548,000 of them. That's up 73% year over year, and 93,000 more than its third-quarter tally.

Don't jump to overwhelmingly optimistic conclusions either. DISH's deal with DraftKings is a challenger to fuboTV's sports wagering plans. FuboTV does have expenses to curb.

Neither problem is too tough to tackle, however, even though the market is currently pricing fuboTV shares as if they are. In the meantime, the sports betting opportunity looks like it's going to be big enough for several players.

Bottom line? FuboTV stock remains a name reserved for the more speculative corners of people's portfolios, but the sheer size of this recent sell-off doesn't make much sense given that the risk-versus-reward profile hasn't actually changed much.