Please ensure Javascript is enabled for purposes of website accessibility
Log In Help Join The Motley Fool
Free Article Join Over 1 Million Premium Members And Get More In-Depth Stock Guidance and Research
By Keith Noonan - Mar 8, 2021 at 10:04AM

The Chinese tech giant is pulling off an impressive comeback.

Shares of Baidu (BIDU -0.69%) jumped 20.6% in February, according to data from S&P Global Market Intelligence. Excitement about the company's entry into the electric vehicle (EV) space helped the Chinese technology specialist post impressive gains despite a late-month sell-off for the tech sector. 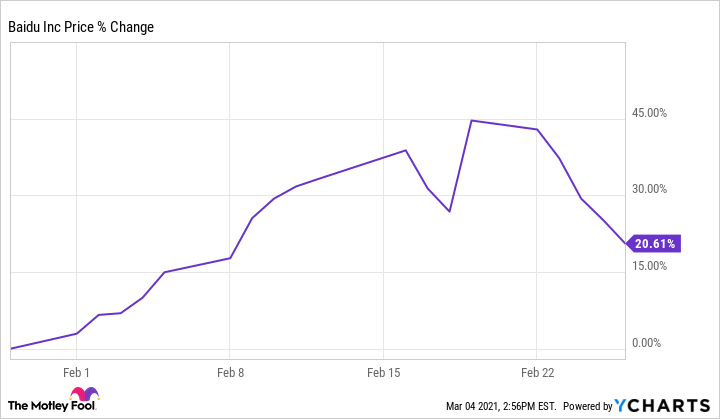 Recent reports have suggested that Baidu is gearing up to make a big play in the EV market, and the company's core search, digital advertising, and artificial intelligence businesses also appear to be rebounding amid strong performance for China's economy. The company delivered impressive fourth-quarter results in February and saw a swell of favorable coverage from analysts, paving the way for its stock to record strong double-digit gains. 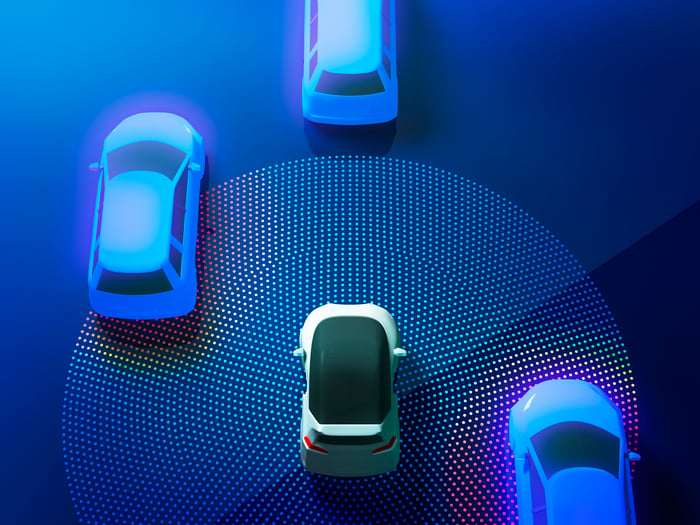 Baidu published its Q4 results on Feb. 17, with sales falling just shy of the average analyst target but earnings for the period coming in well ahead of expectations. The company posted adjusted earnings of $3.08 per share on revenue of $4.64 billion, while the average analyst target had called for profit of $2.49 per share on sales of $4.66 billion.

After years of lackluster performance, the company expects that its core segment will see sales increase between 26% and 39% in the first quarter. Total revenue for the period is expected to come in between $4 billion and $4.4 billion, good for growth of roughly 20.5% year over year at the midpoint of the target.

The sell-off for tech stocks has continued into March's trading. Baidu shares are down roughly 14% in the month so far. 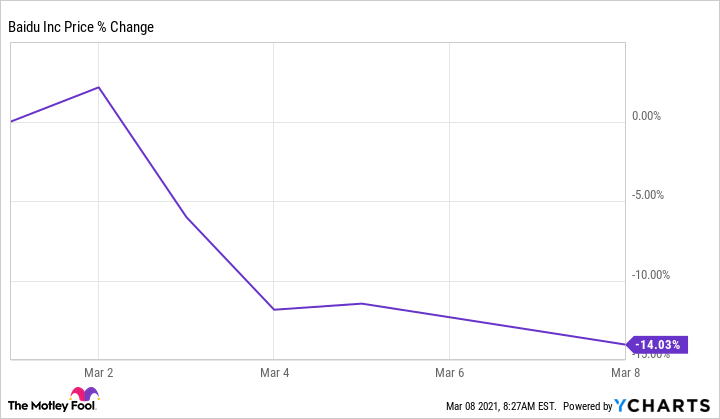 Even with the recent pullback, excitement surrounding the company's move into EVs has helped push the stock up roughly 123.5% over the past year. Baidu has been one of the most aggressive early players in the autonomous vehicles space, and the potential to integrate its strengths in self-driving vehicles with growth initiatives in the EV market could be big.

Baidu has a market capitalization of roughly $89 billion and trades at approximately 24.5 times this year's expected earnings.