Shares of the apparel retailer got another boost from the WallStreetBets crowd.

Shares of Express (EXPR -5.56%) soared Monday along with other WallStreetBets stocks such as GameStop and Koss, as day traders appeared to pile into the same names that have been popular in the Reddit group since the beginning of the year.

There was no company-specific news out on Express. However, the market is more broadly rotating out of high-value tech stocks and into value plays that are likely to benefit from the economic reopening -- a category that includes apparel retailers like Express. The company will also report fourth-quarter earnings on Wednesday morning, and strong results could support Monday's gains.

The stock closed the session up by 61.8% on high-volume trading, with the average share changing hands more than once. 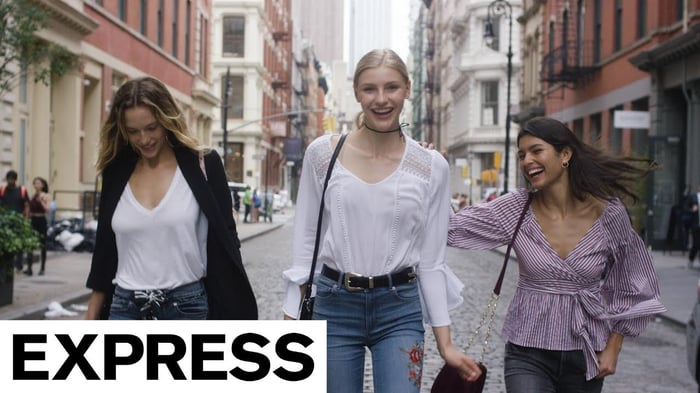 So far, 2021 been a roller-coaster year for Express as the mall-based apparel chain found itself the object of a Reddit-fueled short-squeeze in late January. As you can see from the chart below, the stock gave back nearly all of its gains from that rally. Now, it seems to be trying to mount a second burst, although there is has been no change in the company's fundamentals. 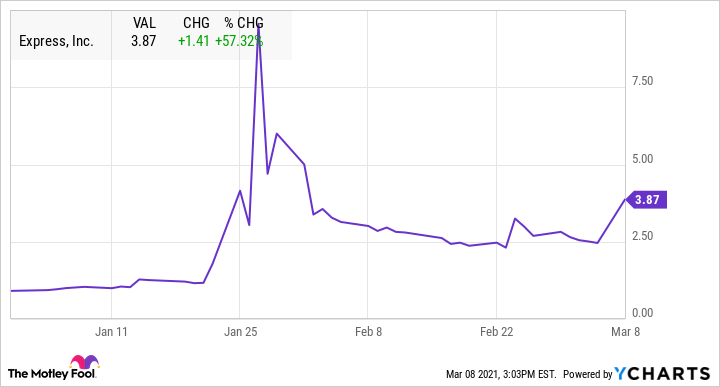 Like other stocks that have attracted the interest of Reddit traders -- GameStop and AMC Entertainment among them -- Express is a well-known name among consumers that's trading in the penny-stock range with a significant percentage of its float sold short (as much as 13% back in January).

Express shares could continue to run higher in the short term, but as with the surge in January, there is little fundamental support for a higher valuation. Therefore, whatever gains the stock makes are likely to largely disappear when more savvy traders sell to take profits.

As for the earnings report later due this week, analysts are expecting to hear that fourth-quarter revenue fell by 30% to $424.7 million, and predicting a loss of $0.82 per share  compared to adjusted earnings of $0.19 per share a year prior. Investors will be paying close attention to the company's guidance, as well as anything management has to say about a prospective sales recovery as more Americans receive COVID-19 vaccines.

Given the share price volatility we're seeing ahead of the report and the attention Express is getting from WallStreetBets traders, expect the stock to swing big one way or another on Wednesday.