Shares of New Relic (NYSE:NEWR) fell 18.7% in February, according to data provided by S&P Global Market Intelligence. The cloud-based software and systems monitoring expert posted solid third-quarter results early last month, but guidance for the next quarter came in far below analyst expectations. The stock closed 16% lower the next day.

New Relic reported an adjusted net loss of $0.14 per share on revenue of $166 million in the third quarter. Both results were in line with Wall Street's consensus targets. Management expects sales to hold steady at roughly $166 million in the fourth quarter while bottom-line losses should increase to approximately $0.47 per share. Here, the analyst consensus at the time called for a fourth-quarter loss near $0.12 per share on revenue in the neighborhood of $171 million. 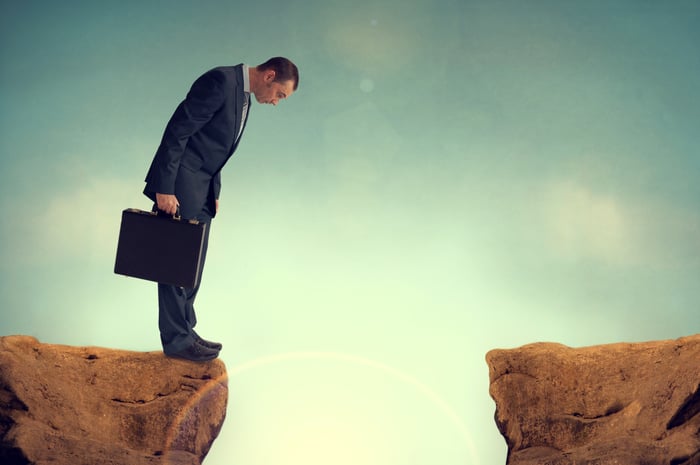 The company is knee-deep in a business model update, shifting its customers over from predictable subscription-style sales to a more flexible but also more uncertain pay-as-you-go model based on each client's actual amount of monitoring usage. Many of New Relic's largest customers have opted to start their revamped contracts at lower usage levels, which resulted in lower near-term revenue growth. CFO Mark Sachleben explained that the true revenue-generating usage of each deal only becomes clear near the end of the customer's first contract term, when it's time to negotiate the renewal.

"In general, I would say the bulk of the increases are recognized late in the term," Sachleben said on the earnings call. "They don't have consumed their full commitment before we start to do that. But in general, it's back-end-loaded."

The negative market reaction was no surprise. Anything that slows down the growth rates of a company that delivered compound annual revenue growth of 31% over the last three years will be seen as bad news, even if the new accounting method should get back to solid top-line increases within a couple of quarters. New Relic may not be a slam-dunk buy today but I would take a serious look at buying if the stock price continues to slide.