The onetime king of Apple's hill of powerful computers will soon be no more.

As soon as all the existing supplies of Apple's (AAPL -0.57%) iMac Pro run out, it will be the end of the line for the desktop computer that made its first appearance in 2017 and was once the most powerful computer it made.

Apple has confirmed it is discontinuing the line after the sharp-eyed readers of the Apple news website MacRumors noticed a "while supplies last" tag on the iMac Pro's configuration web page. 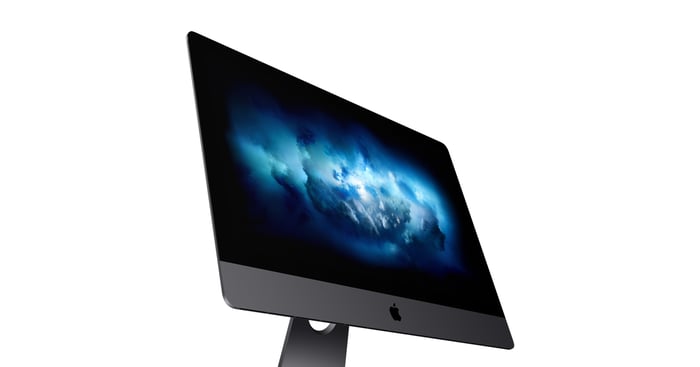 The non-Pro iMac has since become Apple's most popular computer and in certain configurations challenged the Pro on performance (and price). Earlier this year, Bloomberg reported Apple intended to further update the iMac with a new design as it transitioned away from Intel's processors to its own M1 chips.

As its name suggested, the iMac Pro was not intended for the average consumer, but rather for those needing professional-level video editing, audio processing, and graphics capabilities. But all of that excess processing power came with a hefty starting price of $5,000, which could quickly run to over $10,000.

After its introduction, Apple failed to significantly update any of the Pro's hardware, and now with all the talk of sweeping changes to the base model, the discontinuation of the Pro version is not necessarily surprising. And with a spring event reportedly taking place this month, the tech giant may yet reveal what could become the successor to the iMac Pro.