Please ensure Javascript is enabled for purposes of website accessibility
Log In Help Join The Motley Fool
Free Article Join Over 1 Million Premium Members And Get More In-Depth Stock Guidance and Research
By Leo Sun - Mar 9, 2021 at 11:45AM

Which "reopening play" will generate bigger gains this year?

Nike (NKE 1.47%) and Gap (GPS -2.32%) are both considered "reopening" plays for a post-pandemic world. Both retailers struggled throughout the crisis as they temporarily closed their stores, but investors expect their sales to significantly accelerate after the pandemic passes.

Nike's stock rallied more than 50% over the past 12 months, but Gap's stock more than doubled. Both stocks easily outperformed the S&P 500's rally of about 30%. Let's see why investors flocked to both stocks and then dig deeper to see which retailer has more room to run in 2021. 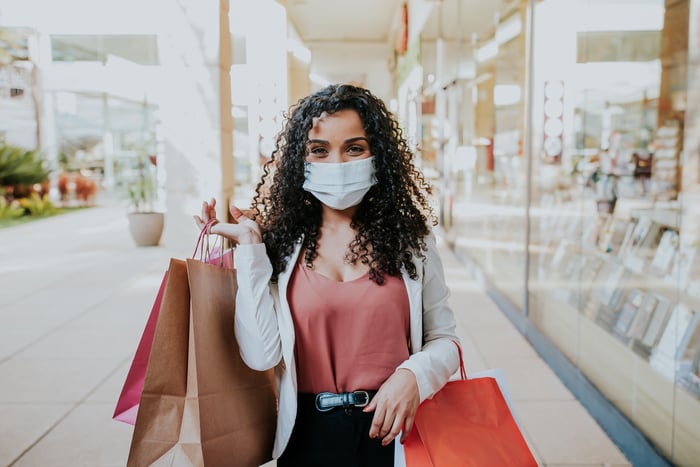 Nike's revenue fell 4% in fiscal 2020, which ended last May. Its earnings tumbled 36% as rising fulfillment expenses, higher tariffs, and promotions crushed its margins throughout the pandemic.

Its digital sales soared as it shuttered its stores, but that growth couldn't offset its loss of brick-and-mortar revenues. Fortunately, that slowdown, which mainly sank its fourth-quarter sales and earnings, was brief.

Nike reopened most of its stores in the first quarter of fiscal 2021. Its revenue rose 4% year over year in the first half of the year, and its earnings grew 11% as it offset a slight dip in its gross margins with tighter cost controls. Nike expects its growth to accelerate throughout the second half of 2021 and its revenue to rise by the "low teens" for the full year.

Analysts expect Nike's revenue and earnings to rise 16% and 89%, respectively, for the full year. That rosy forecast indicates Nike's core growth strategies -- which include an ongoing expansion of its direct sales (e-commerce and brick-and-mortar) channels and new product launches -- will continue to pay off. It also indicates Nike's CEO John Donahoe, the tech veteran who took the helm just over a year ago, is more than capable of leading the iconic brand.

But Syngal took over right as the pandemic hit, and Gap's revenue declined 16% in fiscal 2020, which ended in late January. Its full-year sales fell 6% at Old Navy, 27% at Gap, and 42% at Banana Republic. Sales from its other brands, including the athletic apparel retailer Athleta, increased 15%. Gap ended the year with a net loss, compared to a net profit in 2019. 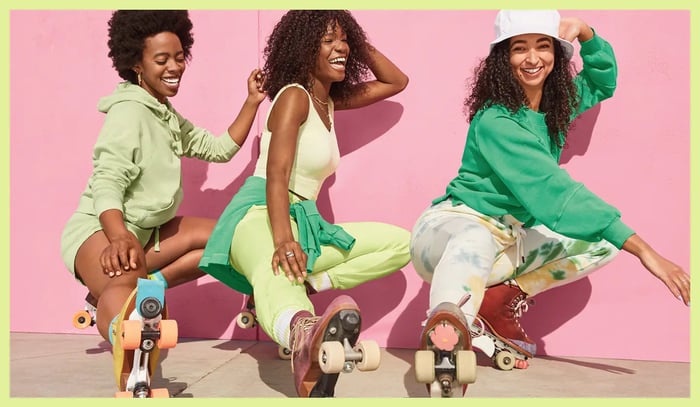 It seeks to generate 70% of its sales from Old Navy and Athleta by fiscal 2023, up from about 55% in 2020, and 80% of its total sales from online and off-mall locations. It believes that shift will help it return to profitability in 2021 then generate stable earnings growth as it prioritizes its higher-margin brands, expands its e-commerce channels, and closes down more stores.

Based on these assumptions, analysts expect Gap's revenue to rise 17% this year with a full-year profit.

The rotation from growth to value

Nike might initially seem like a safer investment, since its growth is already accelerating again. However, investors should recall that Nike's stock started the year at much higher valuations than Gap's stock.

As a result, the recent concerns about higher bond yields -- which sparked a rotation from growth stocks to value stocks -- have helped Gap more than Nike. Over the past month, Gap's stock advanced about 20%, but Nike's stock tumbled nearly 10%. Yet Gap still trades at just 14 times forward earnings, while Nike still has a much higher forward price-to-earnings (P/E ratio) of 34.

Nike is still a sound long-term investment, but I don't think it will outperform Gap this year. The current rotation from growth to value stocks could continue for the foreseeable future, and Nike's higher multiple will throttle its overall gains.

Gap's low P/E ratio and high yield will attract value-seeking income investors, and its new CEO and ambitious turnaround plans are finally breathing life back into its sluggish stock. If Gap can emulate American Eagle Outfitters' success with Aerie by boosting sales from Athleta and Old Navy, it could generate sustainable revenue and earnings growth again.

Gap's turnaround remains speculative, but any steps in the right direction could attract more investors than Nike's stable but unsurprising turnaround.