Please ensure Javascript is enabled for purposes of website accessibility
Log In Help Join The Motley Fool
Free Article Join Over 1 Million Premium Members And Get More In-Depth Stock Guidance and Research
By Leo Sun - Mar 10, 2021 at 7:15AM

This high-growth darling lost a lot of momentum over the past month.

Sea Limited's (SE -7.49%) stock price lost about a fifth of its value over the past month as rising bond yields sparked a rotation from growth stocks to value stocks. Concerns about the Southeast Asian tech giant's ongoing losses, along with tougher comparisons ahead for its e-commerce and gaming businesses in a post-pandemic world, exacerbated the pain.

Sea's mixed second-quarter report in early March didn't allay those concerns. Its revenue surged 102% year over year to $1.57 billion, beating estimates by $50 million. But its net loss widened from $282 million to $525 million, or $1.06 per share, missing expectations by $0.22.

On the bright side, Sea ended the quarter with a positive adjusted EBITDA of $48.7 million, compared to a loss of $104.9 million a year ago. The bulls believe Sea's profitability will improve over time as it scales up its core businesses. But the bears argue that its business model is still too wobbly and its losses are too steep. Let's see which argument holds more water.

Sea's digital entertainment revenue rose 72% year over year to $693 million during the fourth quarter. Its total bookings, which factor in deferred revenue from virtual purchases, increased 111% to $1 billion.

This unit's core growth engine is Garena's Free Fire, the self-developed battle royale game the company launched in late 2017. It's currently the highest-grossing mobile game in Southeast Asia, India, and Latin America, according to App Annie. 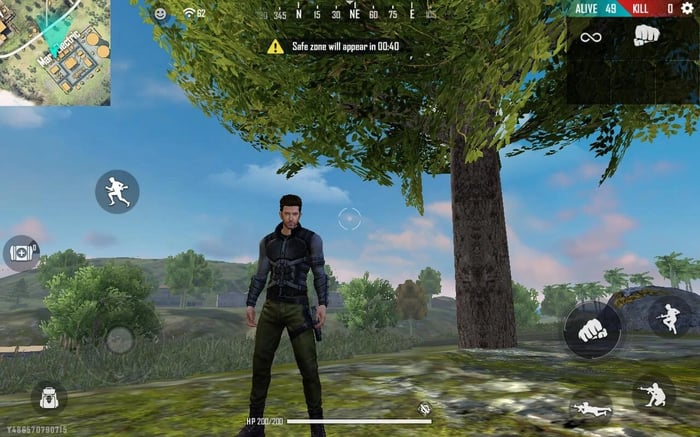 Shopee's growth accelerated throughout the pandemic, and App Annie ranks it as the top shopping app in Southeast Asia and Taiwan in terms of monthly active users, time spent on its Android app, and total downloads. Those growth rates are likely widening Shopee's lead against its main rival, Alibaba's (BABA -5.09%) Lazada.

Sea also recently expanded its financial business by establishing its investment arm, Sea Capital, and plans to expand its portfolio with $1 billion in investments over the "next few years."

But Sea's bottom-line growth currently relies on a single game

Sea's revenue growth is dazzling, but only the digital entertainment segment remains profitable on an adjusted EBITDA basis:

In short, Sea relies entirely on Free Fire to subsidize the expansion of its other unprofitable businesses. That's a lot of pressure to put on an aging battle royale game, especially as new games arrive and people possibly play fewer mobile games after the pandemic ends.

Sea is testing out an enhanced version of Free Fire, called Free Fire MAX, for higher-end devices in select markets. It also continues to promote Free Fire via esports tournaments, and it expressed confidence in expanding the game into a "global franchise" during its conference call.

Those moves could extend Free Fire's lifespan, but Garena must launch more self-developed games to diversify its main profit engine. Prior to Free Fire, Garena had mainly licensed games from big publishers like Tencent (TCEHY -6.97%), which still owns a big stake in Sea.

Sea has incomplete guidance for 2021

Sea didn't provide any additional guidance, which makes it tough to tell if it can continue to offset the losses at its e-commerce and digital finance segments with Free Fire's profits.

Analysts expect Sea's total revenue to rise 91% for the full year, and for its adjusted net loss per share to narrow. Those growth rates are still impressive, and the stock isn't terribly expensive at about 13 times this year's sales.

However, Sea's share count also continues to rise as it doles out stock bonuses and relies on secondary offerings to raise cash. That dilution could prevent Sea's valuations from cooling off.

A rising star or a falling knife?

I'm bullish on Sea, and I believe its potential long-term rewards still outweigh the near-term risks. Shopee is dominating Southeast Asia's booming e-commerce market, and Garena still has plenty of room to expand its gaming portfolio. The road will be bumpy, but this growing tech giant could still generate more multibagger gains over the next few years.