Please ensure Javascript is enabled for purposes of website accessibility
Log In Help Join The Motley Fool
Free Article Join Over 1 Million Premium Members And Get More In-Depth Stock Guidance and Research
By Leo Sun - Mar 10, 2021 at 7:52AM

Jack Dorsey should have steered the struggling streaming music service toward his social network instead of his fintech platform.

Fintech stalwart Square (SQ -9.02%) is buying a majority stake in the streaming music service Tidal for $297 million in cash and stock. Jay-Z, who owns Tidal through his holding company, Project Panther Bidco, will join Square's board. The acquisition raised eyebrows since Square mainly provides online payment services for merchants, and peer-to-peer payments, Bitcoin (BTC 1.05%) purchases, and stock trades for consumers.

In a threaded tweet, Square CEO Jack Dorsey, who also leads Twitter (TWTR -5.55%), defended the purchase by declaring that Square's payment services could help Tidal's musicians "support their work," and there were still plenty of "compelling" growth opportunities "between music and the economy."

But as a Square investor, I still can't see the synergies between Square and Tidal. Instead, I think Tidal would have been a better fit for Twitter, which is already a major promotional platform for musicians. 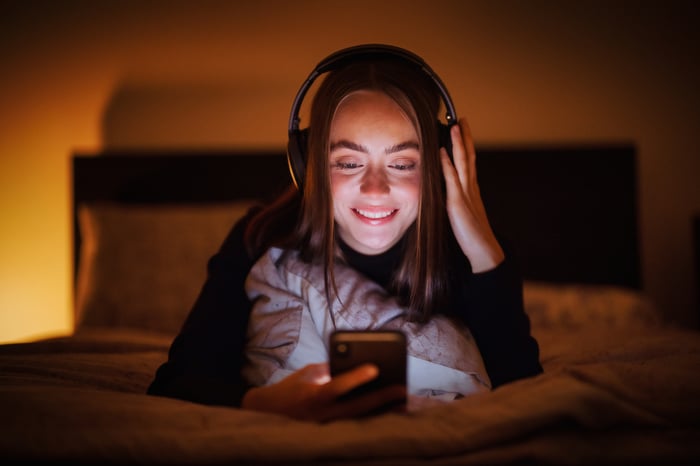 Tidal is a distant underdog in the crowded streaming music market. It claimed to serve 3 million subscribers in early 2016, but it hasn't updated that figure since then.

In 2017, a Norwegian newspaper claimed Tidal was inflating its subscriber numbers, and that it only had about 1.2 million subscribers. Last year, Counterpoint Research claimed Tidal only accounted for about 5% of the streaming music market. 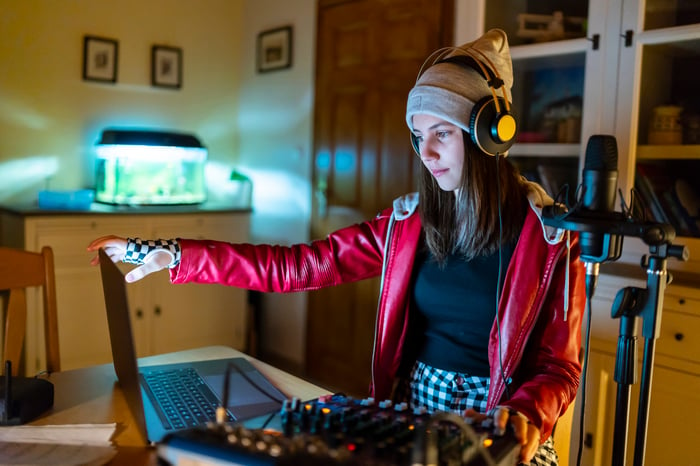 Meanwhile, Square's own bottom line remains wobbly. Its net income declined 43% to $213 million in 2020, as it relied heavily on lower-margin Bitcoin revenue to offset its declining transaction fee revenue throughout the pandemic.

Excluding $295 million in investment-related gains, most of which came from its stake in DoorDash (DASH -7.60%), it would have posted a net loss of $82 million. Square gained that stake by selling its food delivery platform, Caviar, to DoorDash in late 2019.

Square likely sold Caviar because it was losing money and couldn't gain much ground against DoorDash, Grubhub, or Uber Eats in the food delivery market. But Tidal is also losing money and struggling to stay relevant in a market dominated by larger rivals.

Caviar, which could be integrated into Square's "Square for Restaurants" platform, also seemed like a much better fit for Square's payments ecosystem than Tidal. Dorsey believes Square can enhance Tidal's ecosystem by helping its musicians sell merchandise, accept payments for shows, and more -- but those synergies don't seem to justify a purchase of nearly $300 million.

Twitter recently set some ambitious growth targets for 2023. It expects to grow its mDAUs (monetizable daily active users) from 192 million at the end of 2020 to "at least" 315 million by the end of 2023. It plans to significantly increase its number of monetizable features and believes those improvements will more than double its annual revenue from $3.7 billion in 2020 to more than $7.5 billion in 2023. Twitter also plans to offer more ad products for small-to-medium-sized businesses, expand its mobile advertising platform MoPub, and possibly allow its users to charge subscription fees to hit those targets.

But I'm not convinced those efforts will work, especially as higher-growth social media platforms like Snap's Snapchat and Pinterest are growing at much faster rates than Twitter.

However, buying Tidal's streaming music platform and integrating it into Twitter's mobile app could be a game-changing move. Musicians could directly stream music from their profiles, and Twitter could launch a freemium version of Tidal as a new tab within its app. That ecosystem expansion, which would mirror Snap's addition of Discover videos, could lock in Twitter's users and boost its average revenue per user.

Twitter also ended 2020 with a net loss, mainly due to pandemic-related expenses, but its profitability should improve significantly this year as its core advertising business regains its momentum. Therefore, Twitter could have easily justified buying Tidal as a necessary expansion of its business.

I don't plan to sell my shares of Square anytime soon, but its abrupt investment in Tidal is a baffling decision. It makes less sense than its purchase of Caviar, and it would have been a much better fit for Twitter.