Please ensure Javascript is enabled for purposes of website accessibility
Log In Help Join The Motley Fool
Free Article Join Over 1 Million Premium Members And Get More In-Depth Stock Guidance and Research
By Leo Sun - Mar 11, 2021 at 11:17AM

This aging headset maker's 15 minutes of fame are over.

Up until this January, Koss (KOSS 2.16%) was a penny stock that many investors likely hadn't heard of. The headphone maker's growth was unimpressive, and its stock price had remained below $5 for years.

However, Koss' sluggish growth quietly attracted a lot of short-sellers, making it a ripe target for a Reddit-fueled short squeeze like the one that already propelled GameStop's (GME 0.49%) stock to all-time highs.

Koss' stock subsequently dropped to the high teens throughout February. Its short interest, which hit 38% before its big jump, had declined to 14% in mid-February. It's reasonable to assume that Koss's unprecedented rally is over -- so are there any other reasons to touch this volatile stock?

A brief history of Koss

Koss, which was founded 68 years ago, launched the world's first pair of high-fidelity headphones in the 1950s. But by the early 1980s, Koss was struggling in a saturated market filled with tough competitors, and its attempts to diversify its business into other electronics markets had flopped.

Koss filed for Chapter 11 bankruptcy protection in 1984 and emerged from its bankruptcy proceedings the following year. Koss recovered over the following two decades but suffered a serious setback in 2010 when its former VP of finance was sentenced for embezzling $34 million from the company.

Koss restated five years of financial results to deal with the crisis, but the market's interest in the company's stock faded over the past decade -- until the recent short squeeze thrust it back into the spotlight.

Koss still generates most of its revenue from higher-end headphones. Its last full year of revenue growth was fiscal 2016 when its sales grew 7%. 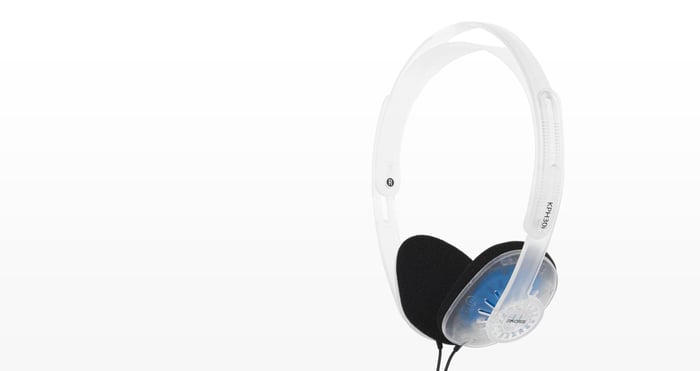 Koss' 2018 decline was especially disappointing since Turtle Beach's (HEAR 4.16%) revenue surged 93% that same year as popular battle royale video games fueled feverish demand for its gaming headsets. Koss also sells gaming headsets, but they only account for a sliver of its sales.

Turtle Beach's revenue dipped 18% in 2019 due to a tough comparison to the battle royale boom, but it jumped 53% to $234.7 million in 2020 as stay-at-home measures during the pandemic boosted sales of its gaming headsets and Roccat PC peripherals. Once again, Koss missed a chance to expand its gaming headset business.

Those numbers look grim, but Koss' revenue rose 6% year over year to $10.1 million in the first six months of fiscal 2021. It attributed that growth to rebounding sales in the U.S. and Europe, stronger online sales, and stay-at-home trends. It also benefited from an easy comparison to the first half of 2020.

There aren't any reliable forecasts for Koss right now, since the stock wasn't on Wall Street's radar prior to January. But if it can maintain a 6% revenue growth rate throughout the second half of fiscal 2021, it would generate about $19.2 million in revenue for the full year.

The insiders are cashing out

It wasn't surprising when Koss' executives, directors, and members of the Koss family sold over $44 million in shares -- more than Koss' entire market capitalization at the end of 2020 -- during the short squeeze in late January.

But even after its sell-off over the past month, Koss' price-to-sales ratio still looks too frothy for an aging headset maker. The stock's declining short interest suggests that it won't be squeezed for massive gains again, and the market's interest in this volatile stock will likely fade throughout the rest of the year.