Alto was supposed to earn a big profit. It reported a big loss instead.

The company formerly known as Pacific Ethanol reported its fiscal Q4 and full-year 2020 earnings last night, and the news was not good. Alto missed earnings badly, posting a $0.30 loss per share when analysts had predicted a $0.24 profit. Revenue of $168.8 million also failed to meet analysts' consensus estimate of $234.2 million. 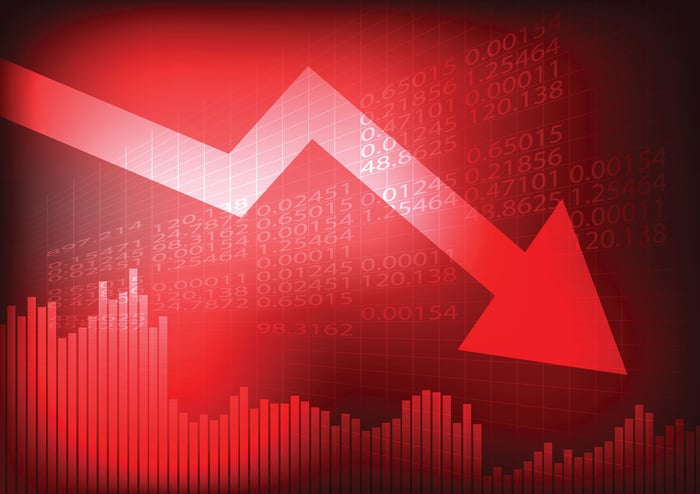 Alto shares are down a staggering 19% as of 12:40 p.m. EST, and I cannot say the sell-off is unjustified. Although CEO Mike Kandris tried to put a brave face on the results, noting that Alto "significantly increased production of our profitable specialty alcohols" in 2020, "reduced the impact of unprofitable fuel-grade operations by idling or selling assets, and lowered operating and overhead expenses," and generated "Adjusted EBITDA" of "over $67 million," the fact remains: Alto lost money.

A lot of money.

Despite overhauling its business model to focus on high-demand alcohol for use in preparing high-margin disinfectants and hand sanitizers last year, Alto was only able to reduce the size of its Q4 2019 loss of $0.85 per share in Q4 2020, not eliminate it entirely.

Granted, a $24.4 million "impairment charge" taken in the quarter as Alto shed unprofitable ethanol-for-fuel-additives assets didn't help. But even without that charge, the company would only have earned $3.9 million for the period -- about $0.14 per share. Worse, management gave no guidance and made no promises that in 2021, the absence of impairment charges would allow it to report positive profits.

Investors seem upset by the lack of such guidance, and I can't say I blame them.

Here's Why Shares of Pacific Ethanol Skyrocketed 85% in September