Please ensure Javascript is enabled for purposes of website accessibility
Log In Help Join The Motley Fool
Free Article Join Over 1 Million Premium Members And Get More In-Depth Stock Guidance and Research
By Keith Speights - Mar 12, 2021 at 6:00AM

Is GoodRx Holdings (GDRX -8.20%) stock a buy? It's looked like a pretty good pick so far this year. The stock was up around 8% as of the market close on Thursday.

However, the company announced its fourth-quarter results after the market closed on Thursday. The healthcare stock fell 4% in after-hours trading. Here are the highlights from GoodRx's Q4 update. 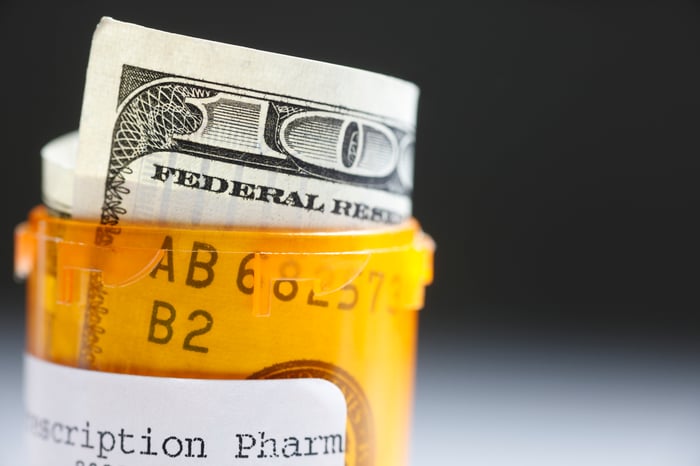 GoodRx reported revenue in the fourth quarter of $153.5 million. This reflected a 36% increase from the prior-year period revenue total of $113.3 million. The consensus among Wall Street analysts projected Q4 revenue of $147.8 million.

How did GoodRx's bottom line look in the fourth quarter? The company reported a net loss of $298.3 million, or $0.74 per share, based on generally accepted accounting principles (GAAP). This compared to net income of $15.2 million, or $0.04 per share, in the same period in 2019.

The company's prescription transaction revenue increase could have been even higher. GoodRx noted that it experienced a very weak cold and flu season.

Other revenue soared 153% year over year to $22.2 million. This figure included growth from rebates from drug manufacturers and telehealth services.

With such an impressive top-line performance, why did GoodRx's GAAP bottom line deteriorate? The company recorded a $296.7 million increase in stock-based compensation expense and payroll tax expense. In addition, GoodRx had a $41.7 million non-cash non-recurring charge.

GoodRx anticipates that revenue for the first quarter of 2021 will be between $158 million and $161 million. This reflects close to 20% year-over-year growth at the midpoint of the range, but it was a little lower than anticipated. The company also expects that the full year 2021 revenue will fall between $735 million and $755 million, an increase of around 35%.

Co-CEOs Doug Hirsch and Trevor Bezdek said that the company sees 2021 as a "massive opportunity to bring more value to our consumers at each stage of their healthcare journey." They also added that GoodRx "remain[s] intently focused on continuing to strengthen our brand and broaden our reach, taking our content and insights to the next level, and investing in our platform to launch new products and services."