Which gig economy stock has more room to run this year?

Over a third of American workers are now part of the "gig economy," which comprises freelance and independent contractor jobs. That percentage could continue climbing as fresh employment opportunities emerge on online platforms like Fiverr (FVRR -1.84%) and Upwork (UPWK 1.44%).

Fiverr, which was founded eleven years ago, lets users post or accept gigs that start at $5. Upwork, which merged two older platforms (Elance and oDesk) six years ago, connects companies to freelancers. 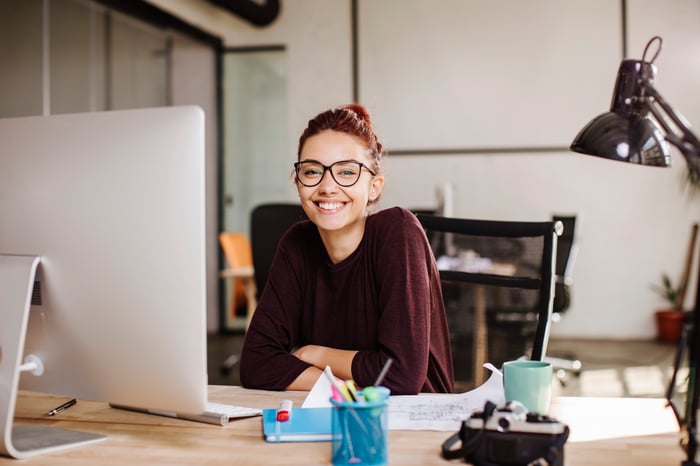 Fiverr generated bigger gains than Upwork, but we shouldn't judge stocks based on their past performance. Let's take a fresh look at these two growing companies and see which is the better all-around investment.

How do Fiverr and Upwork make money?

Fiverr generates most of its revenue from transaction fees and service fees. Its take rate, or the percentage of each transaction it retains as revenue, rose from 26.7% in 2019 to 27.1% in 2020.

Fiverr generates about 70% of its marketplace revenue from five countries: the U.S., the U.K., Canada, Australia, and New Zealand. Its platform offers over 500 categories of gigs, including design, marketing, and writing tasks.

Upwork generates most of its revenue from service fees for freelancers, which include transaction fees for payments and sales of virtual tokens for bidding on marketplace jobs. It also charges its enterprise clients fees for subscriptions and payroll services.

Upwork's marketplace take rate is significantly lower than Fiverr's, but it still rose from 13.1% in 2019 to 13.6% in 2020. Its marketplace is split into more than 70 categories and its freelancers are located in over 180 countries worldwide, though it only has a limited physical presence outside of the U.S.

Which platform is growing faster?

The pandemic generated tailwinds for both Fiverr and Upwork as people relied more on remote work and freelance opportunities. 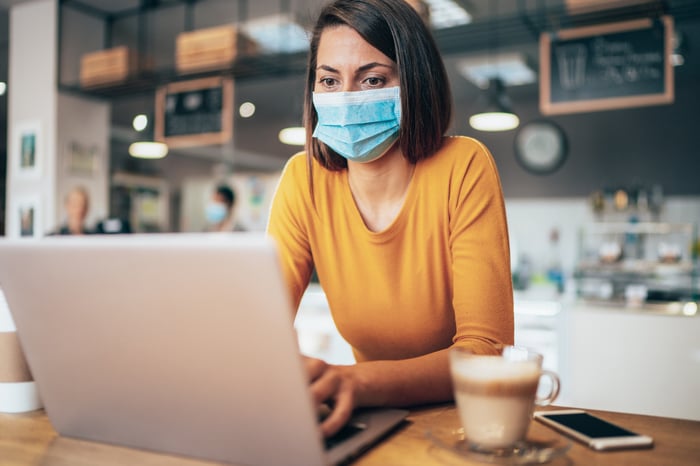 It also generated a positive adjusted EBITDA of $9.1 million, compared to a loss of $18 million in 2019.

Its full-year gross margin expanded from 71% to 72% thanks to its higher take rate and revenue growth. Its non-GAAP net income increased 11% to $6.1 million, and its adjusted EBITDA jumped 89% to $14 million.

Fiverr plans to continue expanding its reach in categories and overseas markets, and believes its take rate will "modestly" improve as it rolls out new features for freelancers and integrates its recent takeover of Working not Working, a higher-end marketplace for creative talent.

Upwork expects its revenue to increase 23%-26% in 2021, and it reiterated its goal of generating more than 20% revenue growth over the long term. Analysts expect its revenue to rise 25% this year.

Upwork expects its adjusted EBITDA growth to remain flat at the midpoint as it continues to expand, but analysts expect it to narrow its non-GAAP losses per share this year.

But mind the frothy valuations

Fiverr trades at over 190 times forward earnings and nearly 30 times this year's sales. Those high valuations could limit its upside potential, especially as higher bond yields spark a rotation from growth stocks to value stocks.

Upwork looks cheaper at 12 times this year's sales, but it's still pricier than other tech stocks that generate comparable growth rates. Salesforce, for example, is expected to generate 21% sales growth this year, but trades at less than eight times that forecast.

Fiverr's growth rates are impressive, but I don't want to pay the wrong price for the right company in this fickle market. Upwork's stock isn't cheap, but I believe its better balance of value and growth will make it a safer play on the expanding gig economy this year.