Please ensure Javascript is enabled for purposes of website accessibility
Log In Help Join The Motley Fool
Free Article Join Over 1 Million Premium Members And Get More In-Depth Stock Guidance and Research
By Robin Hartill, CFP® - Mar 15, 2021 at 5:05AM

With a little time and patience, you can effortlessly double your stimulus check.

If a $1,400 stimulus check is headed your way, investing that money in an exchange-traded fund (ETF) could pay off big time. Instead of buying a few different stocks, with an ETF you can invest in hundreds of companies. Vanguard ETFs are a smart pick because the fees are incredibly low.

Of course, not everyone should invest their stimulus money. You should only do so if you have an emergency fund, you're current on bills, and you don't have high-interest debt. Also keep in mind that past performance doesn't guarantee future results. But if you can afford to invest and you want the potential to double your stimulus money, check out these four Vanguard ETFs. 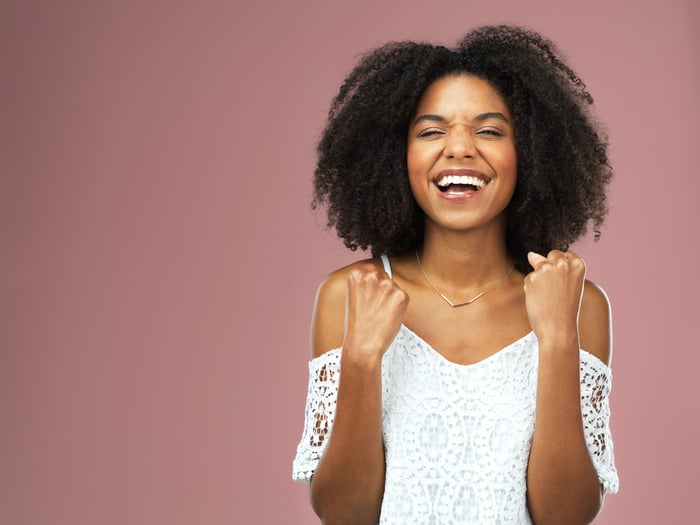 The Vanguard Growth Fund ETF (VUG 3.47%) is a solid way to invest your stimulus check if you're OK with more risk in exchange for higher returns. It tracks an index called the CRSP U.S. Large Cap Growth Index, which is very similar to the S&P 500 screened to focus on 257 stocks identified as growth stocks. Essentially, you're investing in the faster-growing half of the S&P 500. With a 0.04% expense ratio, your fees would only eat up $0.56 of your stimulus check.

Not surprisingly, the VUG is more heavily concentrated in the tech sector compared to S&P 500 funds. Tech stocks account for 47% of its holdings versus 27.8% for the VOO. A $1,400 investment in the VUG made five years ago would today be worth over $3,600. However, tech stocks that have soared in the past year have been cooling off recently. Temper your expectations if you're seeking huge returns immediately. 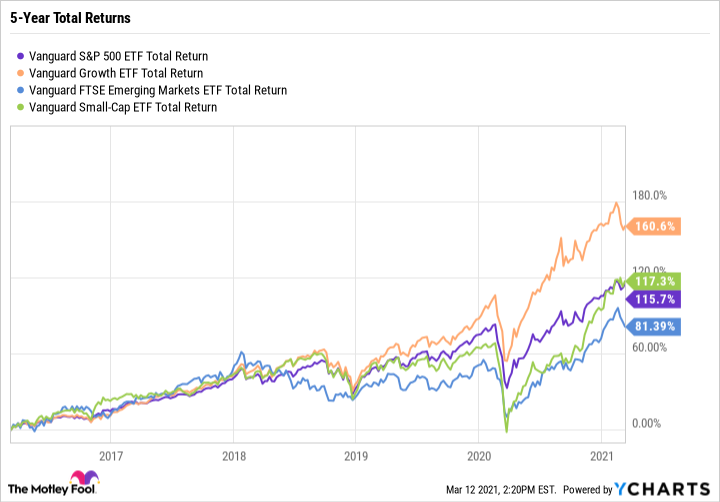 Investing in small-cap stocks, typically defined as those with a market capitalization between $300 million and $2 billion, is another way to earn greater returns if you're comfortable with more risk. You have the potential to invest in a future giant while it's still small, but these often young companies have a higher risk of failing.

You know how we said past performance isn't an indicator of future results? Well, had you invested $1,400 in the Vanguard FTSE Emerging Markets ETF (VWO 1.08%) five years ago, you wouldn't have doubled your money. You'd have just over $2,500 today.

The fund invests in more than 5,000 stocks across 23 developing nations, including China, Taiwan, India, Brazil, and South Africa. Its expense ratio is 0.1%, slightly higher than the other funds on this list -- but still just $1.40 of a $1,400 investment.

3 Winners and 3 Losers in a Stock Market Downturn