Please ensure Javascript is enabled for purposes of website accessibility
Log In Help Join The Motley Fool
Free Article Join Over 1 Million Premium Members And Get More In-Depth Stock Guidance and Research
By Lawrence Rothman, CFA - Mar 16, 2021 at 11:15AM

At a time when brick-and-mortar retailers are facing intense competition from online companies, including behemoth Amazon, Costco Wholesale (COST -0.82%) continues to achieve impressive feats. Its results haven't skipped a beat, even in the current recession.

Its recently reported fiscal second-quarter results, which covered the period that ended on Feb. 14, attest to its appeal. Same-store sales (also called comps) after excluding foreign currency translations and changes in gasoline prices were up by 12.9%. Costco's operating income grew by 6% to $1.3 billion, temporarily depressed due to pandemic-related costs and a lower margin on gasoline sales.

The company doesn't have a great secret to its success. It operates on a simple premise and executes it better than anyone else. Let's see how Costco has continued to thrive. 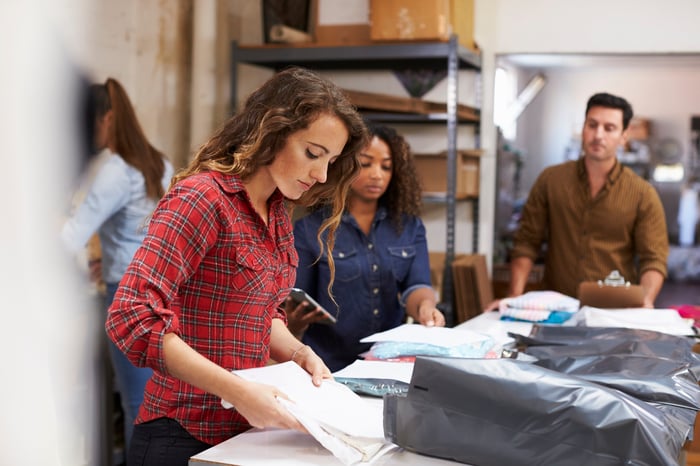 Costco operates warehouses that offer just about any product or service, including food, appliances, electronics, apparel, and prescription drugs, that you can imagine.

While its selection is broad, Costco excels by offering low prices on a select number of national and private-label brands. It can keep a lid on prices through its operating model, which includes purchasing in bulk and keeping costs down through its no-frills warehouses.

These are high-quality goods, and it is known for its generous return policy, giving its customers greater confidence in their purchases.

Costco's value proposition of offering good products at low prices is deceptively simple, but the company has been executing it flawlessly for its nearly four-decade existence.

You don't need to look further than the numbers to see the proof that Costco's low-price, high-quality offerings are resonating with consumers. It continues to grow paid memberships, ending 2020 with 58.1 million, steadily increasing the amount each year. The total was 47.6 million five years ago.

The company isn't just adding new members, either. It has done a good job retaining them, with renewal rates consistently hovering around 90%. For the past couple of years, 91% of U.S. and Canadian members renewed their membership. Clearly, people find Costco is a good place to shop.

Costco has posted annual comp increases for several years, and its operating income was $5.4 billion last year, nearly 50% higher than five years ago.

Growing sales and profitability during the pandemic, Costco continues to demonstrate that its formula works well in a variety of scenarios and economic environments. That's why the company has rewarded shareholders handsomely throughout the years. Over the last 10 years, the stock has gained 350%, trouncing the S&P 500's 200% appreciation.

Costco is proof that a premise that resonates with customers and the ability to carry it out better than others is beneficial to shareholders. Better still, with no signs of slowing down, the future remains bright.