The company will offer virtual "pets" and "swag bucks," but no actual cash for better worker productivity.

Aiming at boosting warehouse employee productivity without raising salaries, giant tech company and online retailer Amazon, Inc. (AMZN -3.21%) is pushing ahead with a new program of "gamification." As The Verge reports, this involves introducing game-like elements to the workplace. The company is greatly expanding the existing program to operate in 40 fulfillment centers across 20 states.

The program enables workers to play one of half a dozen "mini-games" based on completion of their work, such as driving a racecar around a track depending on the speed with which a job is done. Participation is voluntary, and spokesman Kent Hollenbeck claims employees "enjoy having the option to join in these workstation games" to ease repetitive tasks and earn rewards. Some of the games are competitive with other workers. 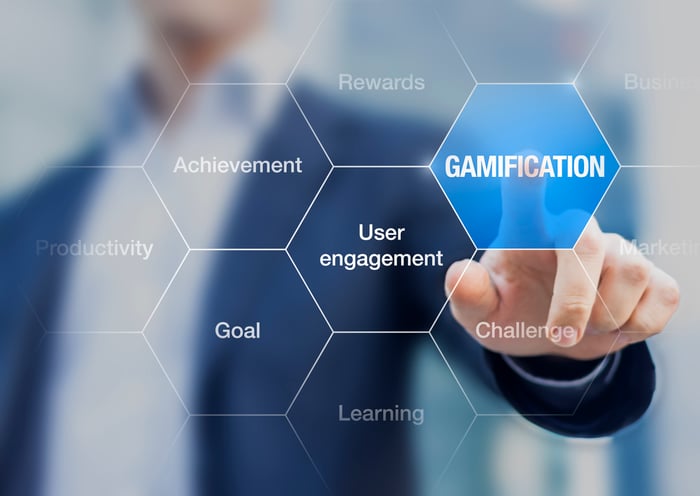 The games' rewards aren't monetary, replacing cash incentives or bonuses with such perks as receiving a virtual pet like a dinosaur or a penguin. Some games earn "swag bucks," fake currency usable to buy t-shirts or other small items. Some workers express concerns the program will make Amazon's workplace monitoring even more intrusive.

Building on its COVID-19 pandemic success, when the government allowed it to remain operational as an "essential business" while many competing small businesses were driven into bankruptcy and permanent closure by mandatory lockdowns, Amazon continues expanding its fulfillment center network. The noted Cortana Mall in Baton Rouge, Louisiana will soon be demolished to make space for a 2.9 million square foot Amazon warehouse, The Advocate reports, while a million square foot facility will soon open in Amarillo, Texas.

Some analysts expect Amazon to underperform in 2021 as the pendulum of shopper interest swings back to brick-and-mortar, but the company will likely continue strengthening its long-term prospects.