Beike has just delivered another quarter of rock-solid performance.

There are a lot of factors behind these headline numbers that are worth further analysis. Here are three of them that investors should know. 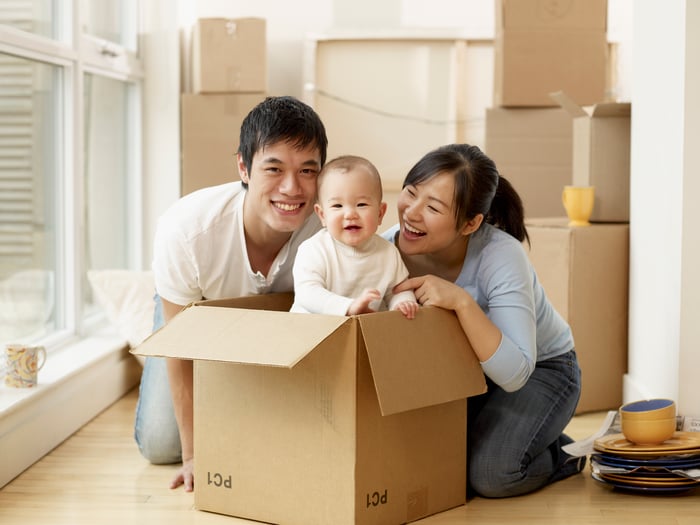 1. Solid growth across the board

One of the main reasons Beike had generated huge investor interest -- judging from its 200% increase in stock price post-IPO -- is its massive growth runway. According to its prospectus, Beike facilitated "only" 9% of all real estate transactions in China in 2019, even though it's already the largest real estate platform in China. Hence, there's an expectation for Beike to scale its market-leading position to grow its business over the coming years.

So far, Beike's performance has met that expectation. In the latest quarter, net revenue jumped 58% year over year to 22.7 billion yuan ($3.49 billion) on the back of a 65% improvement in gross transaction value (GTV). All three segments -- existing-home transactions, new home transactions, and other services -- ramped up revenue year over year by 56%, 59%, and 58%, respectively.

On top of its strong financials, Beike also delivered improved operational metrics. For example, the number of stores (under the Lianjia brand) grew 25% to 46,946; the number of agents increased 38% to 493,088; and the monthly active users (MAUs) jumped 88% to 48.2 million.

In short, a solid quarter for this newly listed company! Not only did Beike deliver growth across all segments, but it also strengthened the different aspects of its operation.

2. The benefit of operating leverage is kicking in

When Beike came public last year, it was still an unprofitable business. Since then, the company has turned around that position after reporting a profit in the third quarter of 2020. Still, investors might question the sustainability of its profitability going forward.

The strong boost in the bottom line is a result of operating leverage. As Beike scaled its business, revenue grew much faster than cost, which contributed toward better margins and improved profitability. And as the tech company expands in the future, we can expect the gain in the economy of scale to further enhance its margins and underlying profitability.

Despite its strong performance, Beike is committed to sustaining its growth trajectory in 2021. To do so, management is focusing on five areas, which are "taking care of our customers, supporting service providers, cultivating our emerging services, creating social value, and enhancing technology's critical role in this broad market opportunity."

Such efforts will likely result in significant investments in areas such as technology, sales and marketing, employee incentives, and others. In other words, Beike will need to spend a lot of cash, especially if we consider the sheer size of its business operation.

Fortunately, it has plenty of cash at its disposal. As of Dec. 31, 2020, it has 65.2 billion yuan in its balance sheet, giving it plenty of bullets to invest in strengthening its existing market position, as well as growing its business.

Since its IPO in August of last year, Beike has delivered two quarters of solid performance. As it continues to grow its customers, agents, and property listings on the back of strong network effects, Beike is well-positioned to grow its top and bottom line in the coming years.

Moreover, if it could sustain its strong execution over the next few quarters, this proptech company would prove itself to be a worthy candidate for investors to consider.