Please ensure Javascript is enabled for purposes of website accessibility
Log In Help Join The Motley Fool
Free Article Join Over 1 Million Premium Members And Get More In-Depth Stock Guidance and Research
By Rich Duprey - Mar 17, 2021 at 11:41AM

Its Alaska cruises are a profitable segment.

As cruise ship operators begin canceling their June voyages, Carnival (CCL -10.30%)(CUK -10.47%) risks losing a particularly lucrative piece of business. It announced its voyages to Alaska on ships from its Holland America and Princess brands that were scheduled through the end of June have now been canceled.

The Alaska cruise season runs from May through September, but July and August are considered its peak. And though that particular itinerary is only a small part of Carnival's total revenue, generating just $390 million in 2019 through its Holland America hotel and transportation business, it and the rest of the industry are on the cusp of missing out on a crucial near-term revenue source. 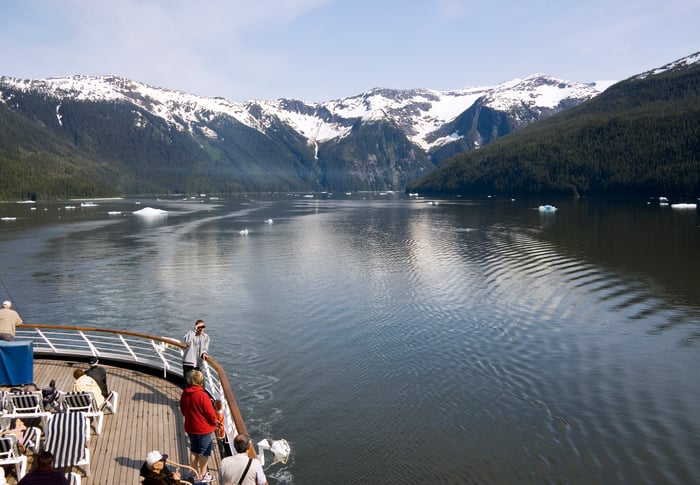 Carnival has struggled to keep pace with growing demand for Alaska voyages as its capacity was up 9% in 2019, while the industry rose 15% year over year. Because Alaska voyages are premium priced, they are also very profitable.

Carnival says its Princess line continues to work with U.S. and Canadian officials to try to salvage a portion of this year's Alaska cruise season, but it is pausing sailings from Seattle to Alaska on two ships through June 27. Similarly, Holland America excursions out of Seattle bound for Alaska are also canceled.

While voyages scheduled for July and later are still open, Carnival will have to cancel them as well unless there is a change in policy by the Centers for Disease Control and Prevention.

Norwegian Cruise Line (NCLH -11.99%) also just announced all voyages on its namesake brand, Oceania Cruises, and Regent Seven Seas Cruises that were scheduled to embark through June 30 have been canceled.