Please ensure Javascript is enabled for purposes of website accessibility
Log In Help Join The Motley Fool
Free Article Join Over 1 Million Premium Members And Get More In-Depth Stock Guidance and Research
By Leo Sun - Mar 17, 2021 at 11:28AM

Alibaba (BABA -0.19%), China's largest e-commerce and cloud platform company, could be forced to divest its media assets in the near future. China's antitrust regulators, which launched a probe into the tech giant in December, are reportedly concerned about its stakes in various print, broadcast, digital, and social media platforms, as well as its potential influence over those outlets. The Wall Street Journal claims the antitrust regulators want Alibaba to divest its passive stakes in external media companies instead of spinning off its direct media subsidiaries. Let's see how those moves could affect Alibaba, and whether or not investors should brace for more regulatory headwinds.

Another escalation of the antitrust war on Alibaba

China's antitrust probe against Alibaba initially focused on reining in its online marketplaces, which eMarketer estimates will account for 56.6% of the country's e-commerce market this year.

The regulators wanted Alibaba to end its exclusive deals with merchants, which penalized sellers for cross-listing their products on other marketplaces; and its usage of algorithm-driven, loss-leading promotions to attract new shoppers.

They're also interested in reining in Alibaba's fintech affiliate Ant Group because its core app, Alipay, holds a near-duopoly in China's online payments market with Tencent's (TCEHY 1.26%) WeChat Pay. Ant, which Alibaba owns a 33% stake in, was set to go public in November, but the IPO was abruptly pulled after Jack Ma -- who co-founded Alibaba and founded Ant -- criticized China's banking system.

Earlier this month, the regulators started to draft their final ruling against Alibaba. The Wall Street Journal claims those demands include distancing the company from Jack Ma, aligning itself more closely with the Chinese Communist Party, ending its exclusive deals with merchants, and possibly shedding some of its non-core assets.

The government will also reportedly levy a one-time fine against Alibaba that could surpass the record $975 million antitrust fine it imposed on Qualcomm back in 2015.

Alibaba can afford to shed its non-core assets

During the first nine months of its fiscal 2021 (which will end March 31), Alibaba generated 87% of its revenue from its core commerce segment, which includes its Chinese online marketplaces, brick-and-mortar stores, cross-border and overseas marketplaces, and its Cainiao logistics subsidiary. 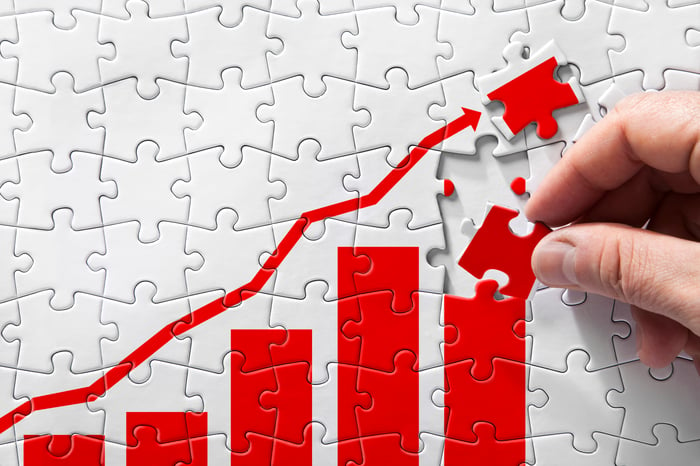 The commerce segment is also Alibaba's only profitable business unit, and its profits regularly subsidize the growth of its unprofitable cloud, digital media and entertainment, and innovation initiatives businesses.

Out of those three non-core businesses, Alibaba Cloud -- which controls over 40% of China's cloud infrastructure market, according to Canalys -- is the most important. Its revenue rose 56% year over year in the first nine months of fiscal 2021 and accounted for 8% of its top line. It also turned profitable on an adjusted EBITA basis in the third quarter, though it's still unprofitable on a GAAP basis.

Alibaba's digital media and entertainment business, which houses its direct media subsidiaries like Youku Tudou, UC, and Lingxi, generated just 4% of its revenues and remains unprofitable. The regulators probably won't force Alibaba to divest these holdings -- which it accumulated over the years to widen its moat against Tencent, Baidu, and other tech giants -- but it can easily afford to jettison the entire unit.

Alibaba's net income and interest from its entire investment portfolio accounted for 42% of its pre-tax net income in the first nine months of fiscal 2021. But that total includes its investments across all of its businesses, including its core commerce segment, and its passive investments in media companies likely represent a tiny sliver of that total.

Alibaba doesn't disclose the value of that sliver, but its combined stakes in the publicly listed companies on that list are only worth about $8 billion, or 1% of its market capitalization. Therefore, shedding all those media assets wouldn't significantly impact Alibaba.

But mind the other risks

Alibaba's stock might look like a bargain at just 19 times forward earnings today, but it's cheap for obvious reasons. The oppressive regulatory pressure could continue for the foreseeable future and help its two largest rivals -- JD.com and Pinduoduo -- gain ground. The regulators are also putting a ceiling over Alibaba's long-term growth, which suggests the risks will eventually outweigh the potential rewards.