Please ensure Javascript is enabled for purposes of website accessibility
Log In Help Join The Motley Fool
Free Article Join Over 1 Million Premium Members And Get More In-Depth Stock Guidance and Research
By Zhiyuan Sun - Mar 18, 2021 at 6:12AM

This company that develops clinical trial data management systems receives near-universal praise from healthcare investors, but is it too late to join the party?

Veeva Systems (VEEV 3.06%) was arguably one of the top growth stocks of the past five years. If you had invested $5,000 in the firm in 2016, that investment would be worth well over $49,100 today. The same investment in the S&P 500 index would have only doubled during the same period.

Somewhat of a hybrid between a life-sciences company and a tech firm, Veeva has always been a favorite among those on the hunt for top-quality growth stocks. Unfortunately, the time to make easy money off the company's shares is essentially over. Now is the time to be on the lookout for other healthcare gems. Here's why. 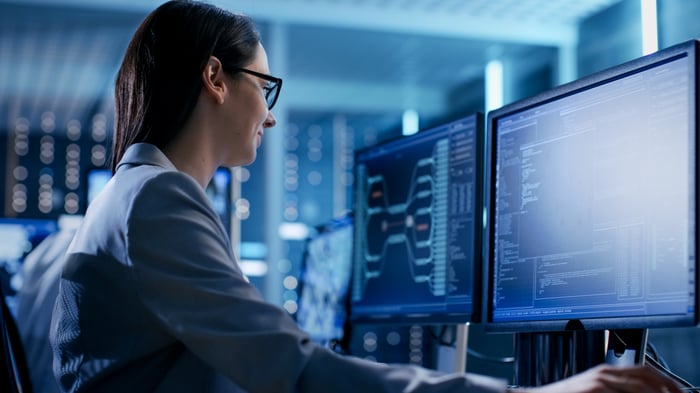 What's the hype behind Veeva?

Veeva's digital platform enables the capturing, formatting, and coding of clinical data in real time for trial investigators. By late 2021, it plans to roll out statistical analysis planning software for such studies as well. Currently, Veeva's software is involved in more than 100 clinical trials involving 40 investigators. Two of them are part of the top 20 largest pharmaceutical entities in the world.

Over the past seven years, customer spending on Veeva's clinical trial products and commercial cloud service has nearly doubled. That is largely thanks to its dedication to research and development. The company allocates about 17% of revenue each year for this purpose.

By 2025, Veeva expects that its revenue run rate will reach $3 billion. It is amazing how just how profitable the company is, too. Its cash balance exceeds $1.6 billion, with no debt whatsoever.

Besides, the company is quickly finding more lateral uses for its cloud platform. It is now partnering with consumer goods, cosmetics, and chemical firms to deploy its software for quality control. Thus far, this segment has over $30 million in annual revenue with more than 60 customers.

At the end of the day, one could find it really tempting to initiate a position in Veeva. After all, who wouldn't love a profitable tech company with robust sales growth that is highly scalable?

Can I count on the stock?

The main dealbreaker behind Veeva stock is its valuation. Right now, Veeva is very expensive at 109 times earnings, 28 times sales, and 17 times net assets. Meanwhile, the average tech company only has a valuation of 102 times net income, 10 times revenue, and 8 times book value. In my view, Veeva is undoubtedly a fantastic company, but the opportunity to make a great deal of money via longing the stock is largely history. For a meager growth rate of 20% in fiscal 2022, investors are very much overpaying to the level of irrational exuberance. Hence, it's best to let the healthcare tech firm cool down a bit more before purchasing a stake.