Hint: It wasn't the biotech's top- or bottom-line results.

Few stocks have delivered jaw-dropping gains the way Ocugen (OCGN -0.45%) has so far in 2021. The stock has more than quintupled in value year to date.

Ocugen announced its fourth-quarter results before the market opened on Thursday. The biotech stock jumped more than 3% in early trading. Here are the highlights from the company's Q4 update. 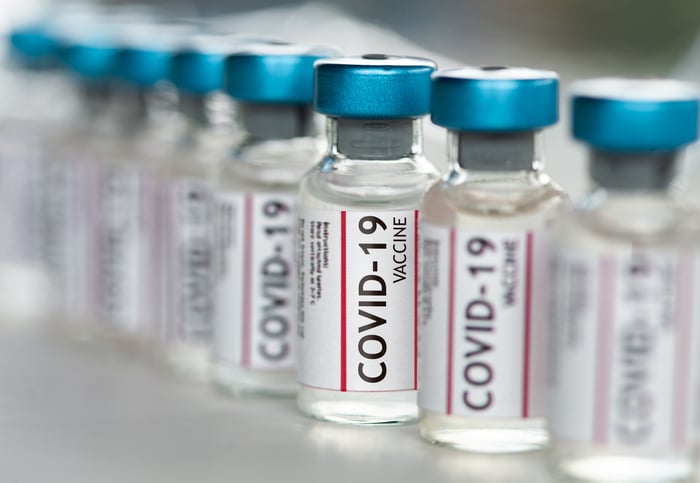 In the fourth quarter of 2019, Ocugen didn't record any revenue at all. However, that changed with the company's Q4 2020 results. Ocugen reported collaboration revenue of $42,620.

The company reported a net loss in the fourth quarter of $21.8 million, or $0.31 per share, based on generally accepted accounting principles (GAAP). In the prior-year period, Ocugen's net loss totaled $20.2 million, or $1.46 per share. The consensus analyst estimate was for a net loss of $0.02 per share.

Ocugen ended the fourth quarter with cash, cash equivalents, and restricted cash totaling $24 million. This was up from the company's cash position of $7.4 million as of Dec. 31, 2019.

The only number in Ocugen's Q2 results that really mattered was its cash position. And even that figure is now irrelevant because the company raised an additional $4.8 million in net proceeds from an at-the-market offering and $21.2 million from a registered direct offering in the first quarter of 2021.

So what did matter with Ocugen's Q2 update? There were two things that interested investors.

First, Ocugen hopes to comarket COVID-19 vaccine Covaxin in the U.S. with its partner, Bharat Biotech. Bharat recently reported late-stage results that showed an 81% efficacy for the vaccine. Ocugen stands to receive 45% of any profits made from U.S. sales of Covaxin.

The company stated that it's made "steady progress" toward developing a pathway to win Emergency Use Authorization (EUA) for Covaxin in the U.S. Ocugen continues to talk with U.S. regulatory authorities about this path for EUA.

Second, Ocugen plans to advance its gene therapy candidate OCU400 into clinical testing in the second half of this year for treating retinal disease. The company also intends to file for U.S. Food and Drug Administration (FDA) approval to begin two phase 1/2 clinical studies of OCU400 later this year in other indications.

The biggest thing for investors to look forward to with Ocugen is the potential for the company to reach an agreement with the FDA on a path to EUA for Covaxin. Ocugen would love to be able to base an EUA filing on the results from Bharat's late-stage study conducted in India. However, it remains to be seen if the FDA will allow it.

If not, Ocugen and Bharat will probably have to conduct a study of Covaxin in the U.S. There's a potential challenge with mounting such a clinical trial, though: Many Americans have received other COVID-19 vaccines that have already won EUA. That could make recruiting participants difficult.