Please ensure Javascript is enabled for purposes of website accessibility
Log In Help Join The Motley Fool
Free Article Join Over 1 Million Premium Members And Get More In-Depth Stock Guidance and Research
By Reuben Gregg Brewer - Mar 18, 2021 at 10:53AM

Shares of the discount retailer fell, but it's kind of hard to complain too much about the quarterly results it just reported.

Shares of Dollar General (DG -6.82%) dropped about 6% in the first half hour of trading on March 18. The precipitating event was the discount retailer's earnings release, but when you look at the results they were actually pretty good. Sometimes, that's not enough on Wall Street.

Dollar General reported a fourth-quarter 2020 sales increase of roughly 17.5%. For the full year sales were up about 21.5%. Same-store sales in the final quarter of the year advanced nearly 13%, with the full-year figure up a little more than 16%. Fourth-quarter earnings, meanwhile, were higher by almost 25%. Full-year earnings were up just shy of 60%. And the company announced a nearly 17% increase in the dividend. It's kind of hard to get too upset about any of this. 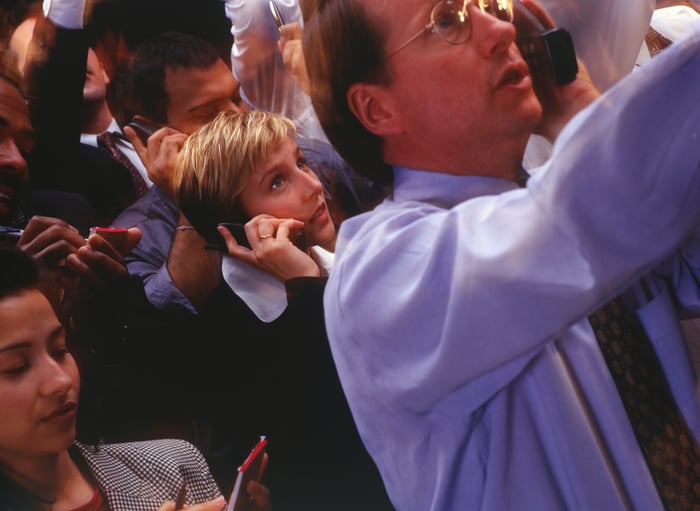 That said, the retailer missed Wall Street expectations by roughly $0.10 per share, or about 3.5%, despite beating on sales and comparable store results. Investors don't like it when a company falls short of analyst estimates, so, despite generally strong business performance, the stock dropped. That said, there is a more subtle story here, as the fourth quarter's growth numbers were below the full-year figures. That suggests Dollar General's business might be slowing down after a coronavirus pandemic-driven boost. That is something worth watching, but it is still hard to suggest that the retailer's quarterly update was bad news.

Mr. Market can be pretty fickle and that was clearly on display with Dollar General's earnings. Basically, investors weren't upset that it had a bad quarter, but that it didn't do better. There's a legitimate concern about a business slowdown as the world pushes past the pandemic, and that needs to be watched, but it's hard to suggest that long-term investors should be too unhappy with this earnings update.