During times of volatility, think toward the future.

When the stock market looks scary, it's a good time to remember that every single time the market has crashed, it has come back with even higher gains.

When you're saving to build wealth for retirement, it's important to invest in companies that are resilient and have a long runway to growth. They'll bounce back from market corrections. Dividends don't hurt, either. Want some ideas for a wealth-building retirement portfolio? Start with PayPal Holdings (PYPL 2.70%), Costco Wholesale (COST -0.82%), and Starbucks (SBUX 1.80%). 2020 was a record year for the king of fintech. As storefronts closed during the pandemic, the original peer-to-peer payment service and merchant solutions provider processed a record volume of transactions, and it beat its own expectations, growing 31% in total payment volume and 21% in sales.

PayPal took in $21 billion in revenue last year, but as large and established as it is, it's still innovating. It launched a buy-now-pay-later feature in the fourth quarter, and it rolled out cryptocurrency trading for individual users. Most recently, it announced that it is acquiring Curv, which provides security infrastructure for digital assets, to support its ventures into cryptocurrency.

The company pegs its total addressable market for all its services at $110 trillion, , and it's working to gain market share in several areas -- retail, bill pay, asset trading, and non-cash payments among them. It's particularly focused on in-store retail, where it sees an $8 trillion addressable market by 2025, by which time it expects to produce $50 billion in sales. That would be a 133% total increase from $21.5 in 2020.

PayPal stock has roughly tripled over the past three years, but it still has huge potential to reward investors. 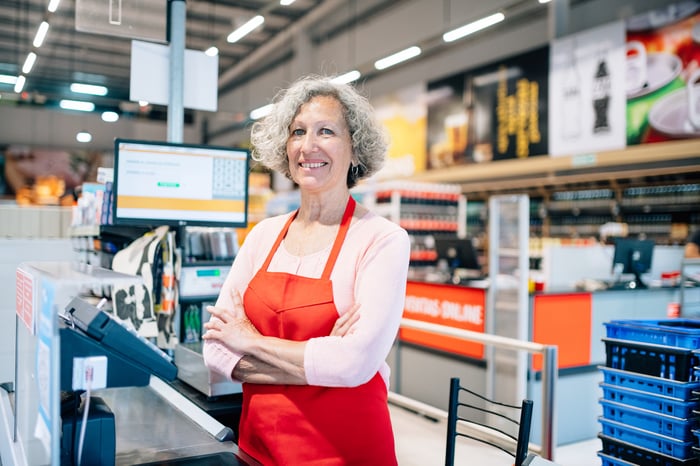 Costco demonstrated its resilience during the pandemic, scoring high growth in comparable-store sales (that is, sales at locations that have been open at least a year), in the past three quarters. It's still raking in sales in 2021, with a 13% comps increase in the first quarter. Overall revenue rose 15%, and e-commerce sales grew 76%.

Costco's revenue is more reliable than its competitors' due to its membership program,, which consistently posts about a 90% retention rate and brings in millions of new customers annually. Customers pay for the opportunity to take advantage of Costco's low prices, and Costco makes money from the bulk sales, even though it takes a low percentage of each sale.

Costco's superb performance comes despite continuing delays in merchandise shipments and several categories still closed or underperforming, such as travel. The company has so much going for it, and investors can expect continued success.

Costco pays a dividend that yields 0.87% at Friday's prices, but it also pays a special dividend every few years, most recently in November 2020 for $10 per share. The stock has gained 75% over the past three years, but it's down about 13% in 2021, making this a great opportunity to purchase shares if you were waiting for a dip. 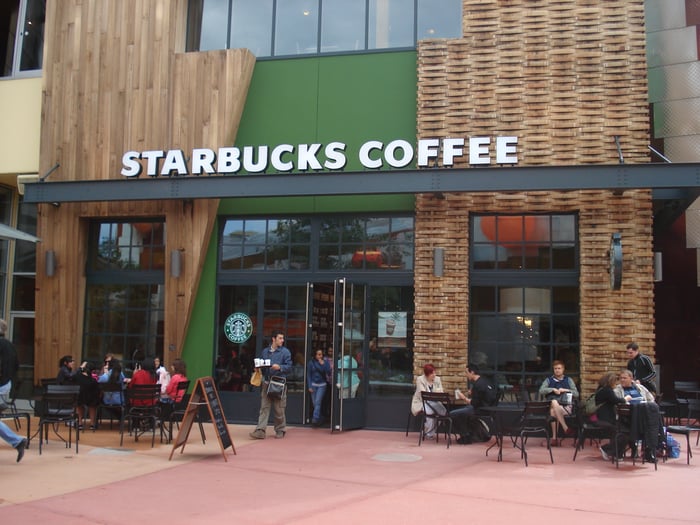 Starbucks has been struggling throughout the pandemic, since its urban stores took a huge hit from workers staying at home. But it quickly responded with new features to work within the pandemic environment, such as curbside pickup and an improved mobile rewards program. Starbucks is executing an admirable digital program that is filling some of the gap, and mobile accounted for 30% of sales in China in its fiscal first quarter (which ended Dec. 27). That's up from 26% in the quarter that ended in September and double the percentage from the same period a year before. China is the company's fastest-growing market and second-largest overall, behind the U.S., with 4,800 stores out of a worldwide total of 32,000..

Sales were still decreasing in the first quarter, but they improved to a 5% decline and beat expectations. Income also declined, but stayed in the positive.

The company is poised to turn it all around over the next year. It's expecting fiscal 2021 comps of 18% to 23%, a nice comeback.

The main reason Starbucks is a buy is something then-CFO Pat Grismer said at the company's investor day presentation: The company envisions operating 55,000 stores by 2030. That would likely overtake current leading restaurant chain McDonald's, which currently operates 39,000 restaurants in 100 countries but it expanding at a slower pace. Starbucks is expecting store count to increase at a rate of 6% annually to reach that goal, including 1,300 net new international stores and 600 net new stores in China in 2021.

Starbucks also pays an increasing dividend, and it yields about 1.7% at Friday's prices, in line with S&P 500 averages. Its stock gained 80% over the past three years, and it's about flat year to date. Starbucks is an excellent choice for a stock that will grow over time and provide income in retirement.