The company falters in trading as it doesn't live up to investor hopes.

Nike (NKE 0.58%) reported its third-quarter fiscal 2021 results after market close yesterday, falling short of Wall Street consensus revenue estimates but beating on earnings and growing both lines year over year. According to Zacks Equity Research, the footwear and apparel company missed estimates by about 5.4% with its $10.36 billion in revenue, but delivered a 20% positive surprise with its $0.90 earnings per share (EPS).

In terms of growth, Nike's top line for the quarter ending on Feb. 28, 2021, rose 3% year over year, with 51% Chinese revenue increase being a primary driver. EPS grew 15.4% compared to Q3 of fiscal 2020. The company notes that while digital sales increased 59%, North America remained an area of relative weakness during the quarter, with a 10% revenue drop due not to insufficient sales, but to supply chain problems preventing enough merchandise from arriving out of Nike's factories in China. 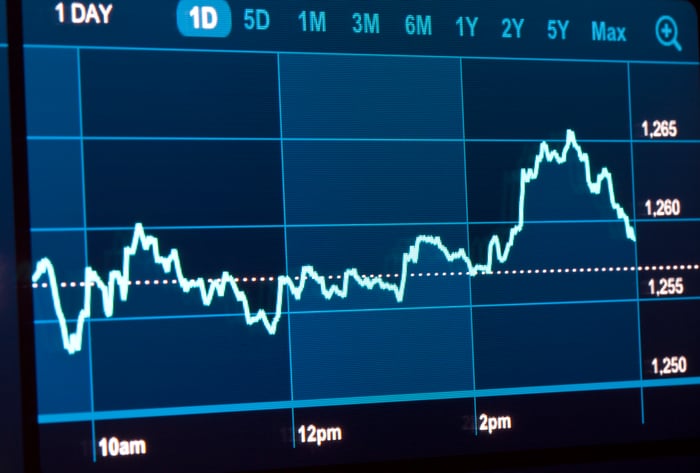 Because of its revenue miss, Nike is trading lower today. Investors may also be showing concern over the company's valuation, which is currently at an approximate price-to-earnings (P/E) ratio of 47 times, well above the roughly 32 times P/E ratio it was trading at last summer. Historically, the company traded an average 22 times multiple of earnings despite having an average growth of 13%, which Wall Street may be taking as meaning it is currently overvalued and due for a correction.

During the earnings conference call, CEO John Donahoe addressed the supply chain problems, noting, "we do expect a more consistent flow of inventory in the fourth quarter" and, looking ahead, he expects "the momentum we are seeing to translate into continued strong revenue growth."