Please ensure Javascript is enabled for purposes of website accessibility
Log In Help Join The Motley Fool
Free Article Join Over 1 Million Premium Members And Get More In-Depth Stock Guidance and Research
By Keith Noonan - Mar 19, 2021 at 6:00AM

It's a GameStop world. We're just living in it.

GameStop (GME 6.81%) has to be 2021's most interesting stock. The video game retailer started to pick up momentum ahead of the launch of new game consoles from Sony and Microsoft last year, and over the past two months, short-squeeze mania and other big developments have led to incredible swings for the the company's share price.

GameStop's stock climbed as high as $483 per share during the height of short-squeeze mania. While the stock briefly returned to trading in the range of $50 per share, it's bounced back once again and traded at $201.75 at Thursday's close. That price represents a 971% increase year to date and a 4,715% increase from the $4.19 share price the stock had one year ago.

Why is GameStop surging, and what comes next? 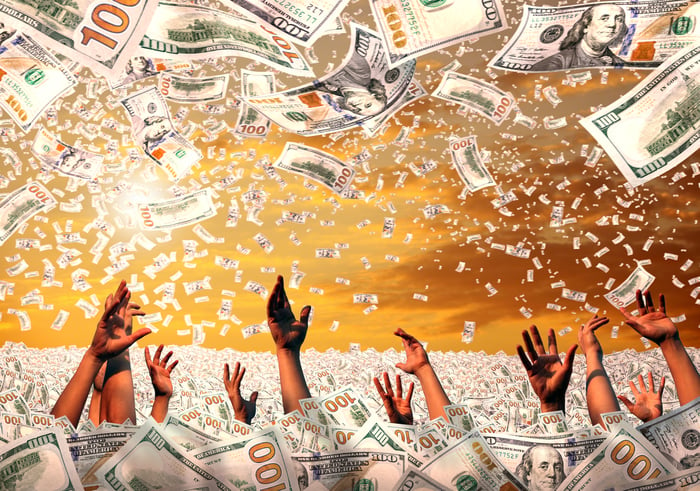 The start of GameStop's improbable, supercharged rally can be traced back to the introduction of Sony's PlayStation 5 console and Microsoft's Xbox Series X and Series S platforms in 2020. New console launches have historically led to a cyclical upcycle for GameStop's business and stock performance.

Pricing momentum created by the new hardware launches was further intensified by news that activist investor and Chewy co-founder Ryan Cohen was amassing a large stake in the company and would advocate for pushing the business toward an e-commerce focus.

From there, Reddit's WallStreetBets group began championing the stock as a potential target for a huge short squeeze. Social media users noticed that enormous short interest had amassed against GameStop -- and that a massive run for the stock could potentially be generated through a bit of favorable news and coordinated buying.

Short interest exceeding the company's actual outstanding share count was made possible through a practice called naked short selling, which allows bets to be placed against shares that haven't actually been borrowed. WallStreetBets members wound up being right about the squeeze, and GameStop bulls notched incredible gains as short-sellers were forced to buy back the stock at elevated levels in hopes of avoiding massive losses.

A combination of continued short-squeeze momentum and indications that the company would be aggressively pursuing its pivot to online retail have added new chapters to the story of GameStop's incredible rally, and it currently stands as one of the best-performing stocks of the year. Cohen has been appointed chairman of a new committee to accelerate the business's online retail push, a bounce for the stock has once again attracted new short interest, and the GameStop saga rages on.

What's the shelf life of a "meme stock?"

A phenomenal surge in retail trading activity has helped bring about the rise of "meme stocks" -- a name given to equities that see huge momentum after gaining favor in online discussion communities. Sometimes these stocks wind up seeing big gains just by virtue of being the fad, or meme, of the moment, but many investors are now trading these companies solely on volatility and with no real concern for fundamentals.

GameStop is the reigning king of the meme stocks, and it could see more big gains with additional squeeze momentum. But what about the actual business and the online retail pivot?

GameStop has struggled for years as video game software sales have moved to digital channels, and the company has a lengthy history of failed growth bets under its belt.

Trying to move into smartphone and mobile service retail was a bust, as was its push into selling other non-gaming tech hardware. Hinging a big part of its growth story on geek culture merchandise (think T-shirts and Funko's character figurines) didn't really pan out either. Efforts to move into video game software development and subscription service packages were duds, and recent experiments with turning some of its stores into esports social hubs seem unlikely to become a real growth driver.

Previous efforts to boost the company's online retail footprint were also somewhat underwhelming. It's possible that the company is finally ready to emerge as a leaner, more effective e-commerce business, and the company's appointment of Cohen to steer the pivot is encouraging. However, GameStop will have to manage the ongoing decline of its brick-and-mortar business and incur substantial expenses as its moves away from that segment and ramps up its e-commerce initiatives.

As the stock emerges from short-squeeze and meme-stock mania, the business is going to have to deliver an incredible series of wins in order to justify its current market capitalization of roughly $14 billion. The odds aren't in GameStop's favor, but it's shaping up to be an incredible story either way.