Shares of credit card giant Visa (V 0.60%) stock took a tumble today, falling 5% through 12:40 p.m. EDT on news that the U.S. Department of Justice is investigating the company for engaging in potentially anticompetitive practices in the debit card market, The Wall Street Journal reports this morning.

Shares of Mastercard (MA 1.20%) are suffering similarly, but less so -- down 3% -- as shareholders there worry that the investigation could spread to include the company. Curiously, American Express and Discover Financial stocks are mostly unaffected so far, down just a fraction of a percent each. 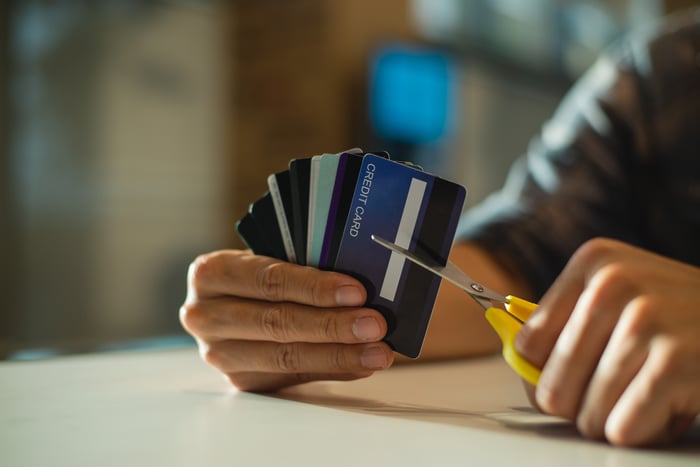 So what is it exactly that the Justice Department thinks Visa has done wrong? According to "people familiar with the matter," says WSJ, it thinks Visa may have "limited merchants' ability to route debit-card transactions over card networks that are often less expensive" than Visa's own, boosting Visa's share of "lucrative" network fees on debit cards' use.

Granted, that sounds like just smart business practice on Visa's part, but as the Journal points out, part of the 2010 Dodd-Frank Act is a requirement "that merchants have the ability to choose from at least two unaffiliated debit-card networks to route transactions." If Visa has been working to prevent that, then it could be guilty of violating the law.

Now as for why this investigation of Visa is dragging down Mastercard stock with it -- but not AmEx or Discover -- it's worth pointing out that the Journal specifically identifies Mastercard as the subject of similar DoJ concerns, but doesn't name either AmEx or Discover.

That could change as the investigation progresses, however, if for example DoJ investigators discover that Visa is in fact doing what it thinks Visa is doing, and that perhaps other credit card companies are doing it, too. For the time being, however, it's just Visa that's the focus of this investigation -- and that's why its stock is down so much more than the others today.