Please ensure Javascript is enabled for purposes of website accessibility
Log In Help Join The Motley Fool
Free Article Join Over 1 Million Premium Members And Get More In-Depth Stock Guidance and Research
By Zhiyuan Sun - Mar 21, 2021 at 7:52AM

Investing in unconventional stocks can be just as rewarding as investing in companies that are easy to comprehend.

Investors can sometimes be wary of buying shares in businesses that are going through hard times. But it's important to pick out companies with lucrative opportunities ahead, no matter how grim their present looks.

One seldom finds diamonds in the rough in today's market. Let's look at why an electric vehicle battery maker, a pharmaceutical company that's making a promising cancer drug, and a digital rental insurance company are among the most captivating stocks to buy now. 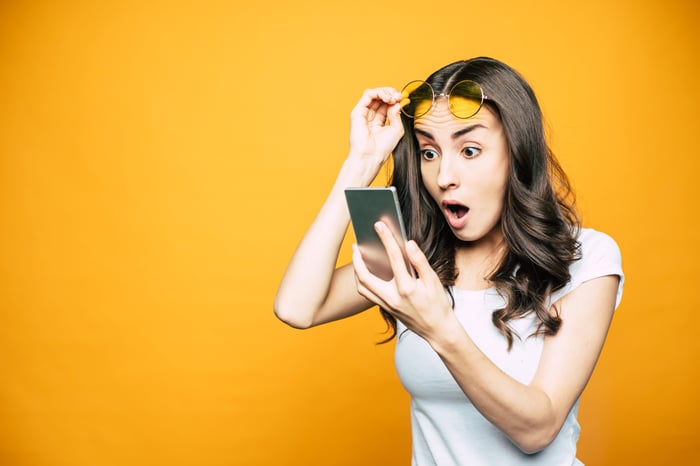 QuantumScape (QS -1.63%) is the only stock on this list that has no revenue whatsoever. That has not, however, stopped its market cap from ballooning to $22.36 billion. In fact, the stock has almost tripled in value over the past 12 months.

It is easy to see why there is so much investor enthusiasm behind QuantumScape. The company has developed electric batteries that possess the highest energy per unit mass in the industry. That means QuantumScape's batteries are very efficient -- a battery that weighs less but produces the same amount of energy as a heavier one will require less labor and materials to manufacture. Electric vehicles with QuantumScape batteries installed will see their maximum range extend to 450 miles, with 17% more energy savings than their leading competitors. The battery also lasts a long time, running up to 150,000 miles before 70% of the energy stored inside it is lost (discharged).

That's certainly revolutionary, considering that electric vehicle batteries can cost more than $10,000 per car. Volkswagen (VWAGY -0.61%) is planning to launch electric models, with a goal of delivering 25 million cars in the next decade, and the German carmaker has vouched for Quantum's technology with a $300 million investment to that end.

Thus far, QuantumScape has done more than 2.6 million tests on 700,000 of its battery cells, with plans to go into production by 2024. Given its exciting solid-state battery technology, this is definitely a hot manufacturing stock to watch.

Trading at a meager 12 times earnings, pharma giant Merck (MRK 1.58%) is arguably one of the cheapest stocks in the sector. But that's largely because of the COVID-19 pandemic, which crushed sales of its discretionary medications. Revenue for 2020 increased by 2% year over year to $48 billion, but net income decreased by 28% to $7 billion. What really carried the year was its cancer immunotherapy treatment, Keytruda.

Keytruda's sales increased by 30% year over year to $14.4 billion. The drug can treat just about every type of the cancer, including melanoma, lung cancer, head and neck cancer, lymphoma, urinary tract cancer, bladder cancer, and solid tumors. It has a decisive effect in shrinking the size of tumors and improving patients' survival rates.

There is still a lot of room for Keytruda to grow, and its patents do not expire until 2028. I'd also suggest checking out what Merck's excellent pipeline has to offer while you're at it. This includes a partnership with Gilead Sciences (GILD 0.90%) to develop a combination therapy targeting the $30 billion global HIV market. What's more, the pharma giant's stock also has a rewarding dividend yield of 3.3% each year.

It has a $6.775 billion market cap but posted just $94.4 million in revenue and a stunning net loss of $122.3 million last year, so it's not surprising that many investors are puzzled about why Lemonade (LMND -1.82%) stock keeps rising . Despite such lackluster performance, shares are up over 72% year over year.

At first glance, the company seems like nothing more than a traditional insurer offering rental, pet, and home insurance. However, what's exciting is that Lemonade is currently the nation's top renters' insurance company in terms of policies, pricing, billings, claims, and customer service. Customers can obtain a quote in as little as 90 seconds on Lemonade's website and take out a policy via the app without ever talking to a sales agent.

It is also surprisingly affordable, with premiums starting as low as $5 per month. Should the unexpected happen, customers' claims are usually paid out in less than three minutes, with 30% being paid instantly after submission. The company is A-rated in terms of financial stability.

Lemonade currently has more than 1 million customers, a 56% increase over last year. Last year, its gross loss ratio also declined by 10 percentage points from 2019 to 71%, meaning it pays out $0.71 for every $1 it collects in premiums.

Much of its net loss comes from an aggressive sales and marketing campaign to gain market share. It invested as much as $80.4 million of its sales for such purpose in 2020. As it is rapidly increasing brand awareness across the nation, I'd expect spectacular growth in revenue and return for investors within the next few years. The sky is the limit for Lemonade stock.