QuantumScape (QS -4.13%) wasn't exactly an electric stock in after-hours trading Monday, following the post-market disclosure that it is floating a fresh stock issue. The maker of batteries for electric vehicles (EVs) will issue 13 million shares of its Class A common stock. It will also grant the flotation's underwriters, led by Goldman Sachs and Morgan Stanley, a 30-day option to buy up to an additional, collective 1.95 million shares.

QuantumScape said it will utilize its share of the resulting proceeds "to build a larger QS-0 pre-pilot line than recently announced; to cover its full share of equity contributions to its joint venture with [Volkswagen] for the previously disclosed 20GWh expansion of QS-1 joint manufacturing facility; and for working capital and general corporate purposes." 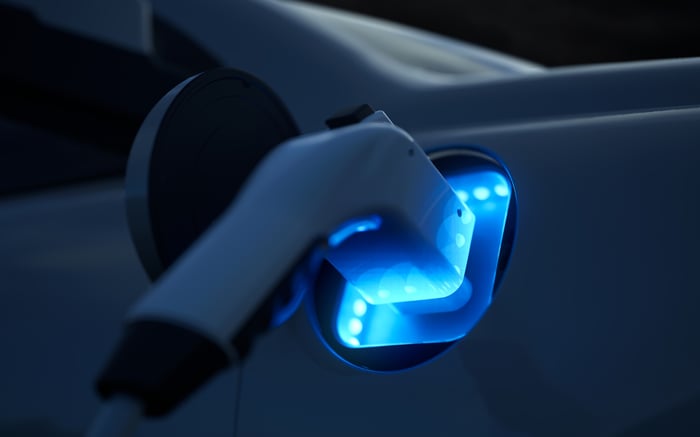 Last month, the company announced its plans for a new pilot production factory where it would make the QS solid-state vehicle batteries. QuantumScape aims to produce and sell such products, which promise more power and safety -- and quicker recharging times -- than current models used in electric vehicles (EVs). The company does not yet have a battery on the market.

QuantumScape has benefited from a strategic investment by Volkswagen, which recently stated that it aims to become the No. 1 EV maker in the world in the very near future.

QuantumScape's new stock issue isn't painfully dilutive -- according to Yahoo! Finance, the company has just over 210 million shares outstanding at the moment. Yet it's a stark illustration that, as a pre-revenue business involved in a potentially capital-intensive activity, it could remain very hungry for funding.

That's likely what is driving the stock southward in after-hours trading. It was trading down 7% in the early evening hours.