The company moved one step closer to manufacturing its breakthrough electric-car batteries. Here's what that means, in detail.

Electric vehicle battery start-up QuantumScape (QS 2.70%) reported its fourth-quarter and full-year 2020 results on Feb. 16, and as you'd expect from a pre-revenue company, there weren't many surprises in the numbers.

But there was some important news, namely a technical breakthrough. That's why the stock opened higher after earnings. But what does it mean?

Why QuantumScape's batteries could be a big step forward

This will take a bit of explaining, so let's start with the basics.

You probably know that QuantumScape is aiming to develop and commercialize a better electric vehicle battery. Specifically, it's aiming to mass-produce so-called "solid state" batteries, which, in theory, can deliver more power per pound of batteries, quicker recharging times, and a higher level of safety versus current lithium-ion batteries.

Let's back up and explain how all that works.

Current lithium-ion battery cells have three layers: a cathode that contains lithium mixed with other metals; an anode, made of carbon (and sometimes silicon); and a separator, made of a porous polymer. There's also a liquid, called an electrolyte, generally lithium salt dissolved in a solvent.

When the cell is charged, lithium ions are driven from the cathode to the anode, a process QuantumScape CEO Jagdeep Singh compares to rolling metal balls up a hill. Those ions (the metal balls) are held in the anode (the top of the hill) until the battery is discharged, which frees the ions to "roll back down" to the cathode, releasing energy. 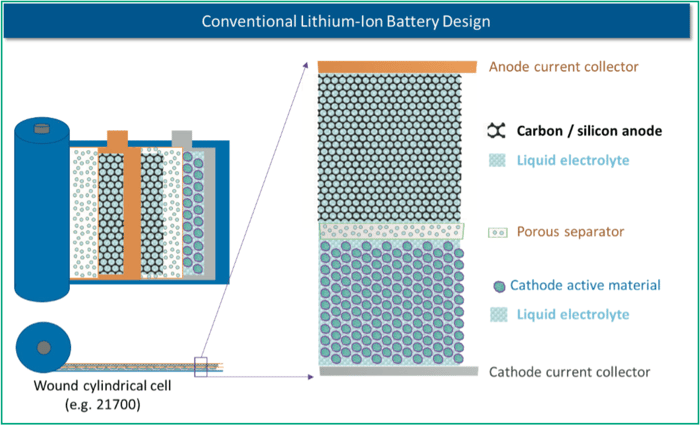 If you could replace the carbon anode with one made of lithium metal, you'd (in theory, at least) have smaller batteries that lasted longer, were less prone to fires, and could be recharged more quickly. The batteries might also be cheaper to manufacture. All together, that would represent a big advance for electric vehicles.

It sounds great in theory, but there's a problem: Lithium anodes don't work in batteries using a liquid electrolyte. The liquid electrolyte reacts with the lithium anode to form "dendrites," needle-like structures that pop through the separator and short-circuit the cell.

The way to solve that problem (again, in theory) is to make a separator that can conduct electricity while resisting dendrite formation. That would allow the liquid electrolyte to be eliminated, making the cell more compact and stable. (That's where the "solid-state" name comes from.)

The battery industry has spent over 40 years looking for a material that can serve as a separator in a solid-state battery, and that's also suitable for mass production. That's where QuantumScape comes in.

QuantumScape's breakthrough is that it has developed a flexible ceramic material that appears to make an excellent separator for a lithium-metal solid-state battery. QuantumScape said in December that it tested a simple single-layer version of its solid-state battery, using the ceramic separator, in a variety of harsh conditions. The result: It retained over 90% of its initial capacity after 1,000 cycles -- and it was able to recharge to 80% capacity in 15 minutes. 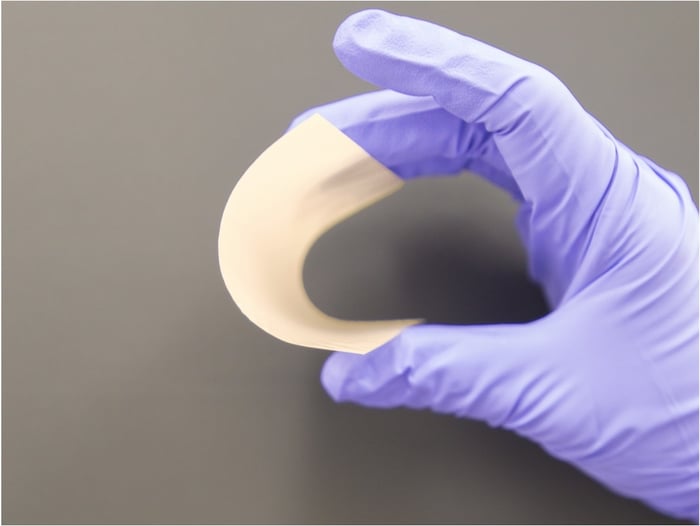 The latest news is that it has now taken that a step further, with multi-layer batteries that are closer to what actual electric-vehicle battery cells would look like. Tests have shown that the multi-layer batteries hold up nearly as well as the single-layer test cells, retaining over 90% of capacity after 800 cycles.

Long story short: QuantumScape is one step closer to production, and that's why the stock jumped after earnings.

But what about QuantumScape's earnings numbers?

QuantumScape's fourth-quarter net loss was much larger: $694.7 million, or $2.41 per share, mostly because of a $653 million accounting adjustment related to its outstanding convertible preferred stock. The story there is that QuantumScape's stock price went way up, so its on-paper liability related to its convertible preferred shares got a lot bigger. It's not something long-term investors need to worry about.

But electric vehicle investors who might be wary of QuantumScape's timeline should take note of this: As of Dec. 31, 2020, QuantumScape had current assets (cash, marketable securities, and prepaid expenses) of just over $1 billion. The company expects strategic partner Volkswagen to invest an additional $100 million in the first quarter, and it expects all of that to fully fund the business through the beginning of commercial battery production, currently expected sometime in 2024.