The fear of widespread defaults was a major factor for the lenders making the cuts.

It's not just you -- a great many Americans had the spending limits on their credit cards reduced, in certain cases sharply, in the thick of the pandemic last year. According to an article published Monday in American Banker, the top 14 U.S. credit card issuers collectively sliced $99 billion from such limits in 2020.

These companies, which include famous names such as JPMorgan Chase (JPM -1.37%), Citigroup (C -3.60%), and Capital One Financial (COF -4.45%), did so largely on fears that the abrupt slowdown in the economy would lead to widespread defaults from borrowers. The pandemic also led to many job cuts, exacerbating this concern. 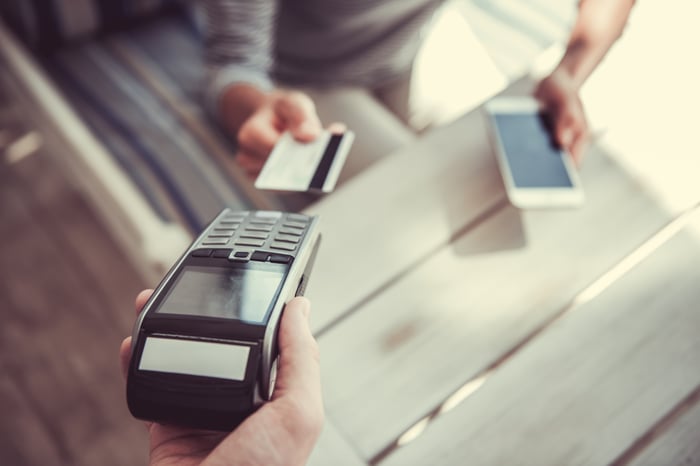 Those three lenders were particularly aggressive in slashing card spending limits. Capital One did so by $30 billion, while JPMorgan Chase and Citigroup pared $19 billion each from their cardholders' thresholds.

According to figures from the Nilson Report cited by card-watching website Million Mile Secrets, Capital One had nearly 51 million active card accounts in 2019. The tally for JPMorgan Chase was slightly over 42 million, and Citigroup was just shy of 40 million.

It's likely that credit limits will rise again; many economists expect that consumers who managed to weather the economic privations of the outbreak will spend robustly once businesses start to reopen. And JPMorgan spokeswoman Amy Bonitatibus told American Banker, "As the economy improves, we expect more customers will be eligible for increases to their credit limits."

On Tuesday, the shares of all three issuers fell a bit more steeply than the 0.8% drop of the S&P 500 index. JPMorgan Chase was down 1%, Citigroup closed the day 1.5% lower, and Capital One dipped 2.2% into the red.