AI-powered dash cams monitor a driver's every move and upload potentially risky incidents to the cloud for review.

A month after Amazon (AMZN -3.21%) began outfitting its vans with new surveillance cameras equipped with artificial intelligence (AI) to keep a watchful eye on its drivers, the company is reportedly demanding that its drivers either agree to be monitored biometrically while in the vans or get fired.

Motherboard, a tech news website, reports that 75,000 U.S. delivery drivers, as a condition of employment, are being given a consent form to sign acknowledging they agree to facial recognition and the collection of biometric data while driving company-branded vans. Amazon says the cameras are to improve driver safety. 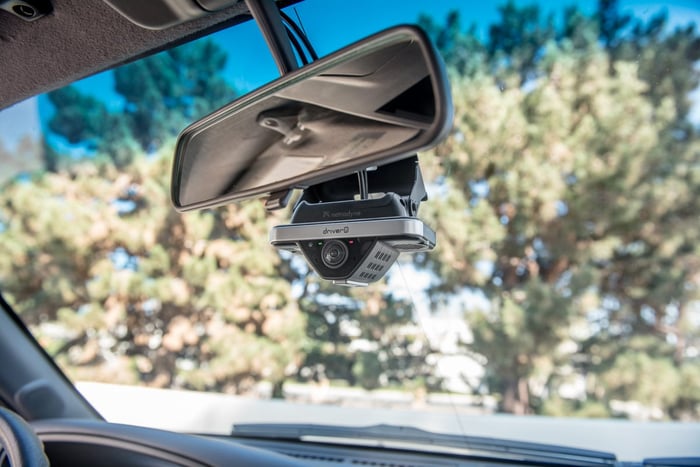 The consent form says that to deliver packages, drivers must agree to have the vehicle tracked for location, movement, speed, acceleration, braking, turns, following distance, and more.

Earlier this year, Amazon posted a video to Vimeo to alert its delivery contractors it was installing Netradyne Driver-i cameras in its branded delivery vans, giving it a 270-degree view to monitor drivers and detect potentially risky behavior. Incidents that trigger the cameras, such as running a stop sign or taking a corner too hard, are uploaded to Amazon's cloud for review.

Motherboard reports the onboard AI can detect if a driver yawns, appears distracted, or isn't wearing a seatbelt. Because of the intrusive nature of the surveillance, drivers are reportedly quitting rather than be constantly monitored. Congress has also recently questioned Amazon about its concerns over driver privacy.

Responding to the report, Amazon spokesperson Deborah Bass said, "Netradyne cameras are used to help keep drivers and the communities where we deliver safe. We piloted the technology from April to October 2020 on over two million miles of delivery routes and the results produced remarkable driver and community safety improvements—accidents decreased 48 percent, stop sign violations decreased 20 percent, driving without a seatbelt decreased 60 percent, and distracted driving decreased 45 percent. Don’t believe the self-interested critics who claim these cameras are intended for anything other than safety."

Amazon Logistics delivered around 5.1 billion packages in 2020, which was just slightly fewer than the 5.3 billion that UPS (UPS -0.16%) delivered, and half the total volume of all packages delivered for Amazon last year.

Most Amazon drivers don't actually work for the company. Instead, they are employed by third-party contractors that Amazon encouraged to start their own delivery business through its delivery service partner (DSP) program.

Editor's Note: This article has been updated to include Amazon's response.