It's as simple as supply and demand.

The Nasdaq Composite (^IXIC -0.30%) has been a leader over the past year, but more recently, the popular stock index has gone through a slowdown. As some investors start to question whether stock valuations are getting ahead of themselves, the high-growth stocks within the Nasdaq are logical choices for short-term-minded traders to think about taking profits regardless of their long-term prospects. That's a big part of why the Nasdaq was up only slightly as of 11:30 a.m. EDT today, even as the rest of the market saw gains of as much as 1%.

But not all of the Nasdaq was stuck in the doldrums. One particular area saw substantial gains, with several big-name Nasdaq stocks rising on news that pointed to positive fundamental prospects for their respective businesses. In fact, it was an announcement from one non-Nasdaq manufacturing giant that helped spur further gains for these three tech companies. 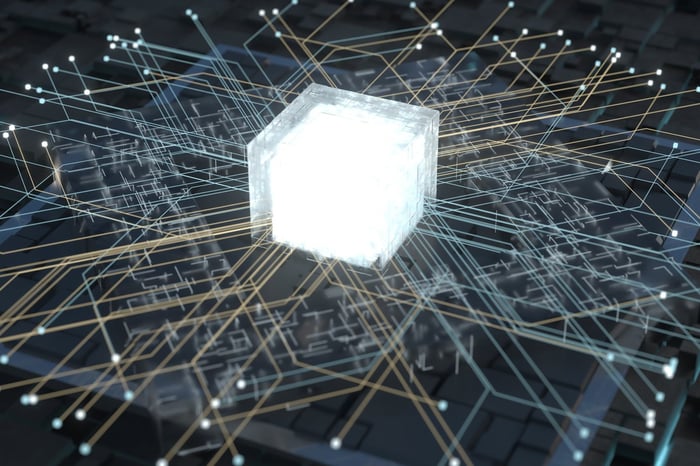 General Motors (GM -1.99%) isn't on the Nasdaq, but it relies on companies that are Nasdaq-listed to provide key components for its vehicles. On Wednesday, GM said that it would have to make further production cuts in order to deal with a global shortage of semiconductor chips.

GM idled its factory in Lansing, Michigan, last week, and has extended the production halt at that plant. It also said it would idle its Wentzville, Missouri, assembly plant starting March 29 as well. The company hopes that it'll be able to make up the lost production with higher capacity utilization later in the year.

Other automakers also feel the pinch. Ford Motor (F -2.72%) expects to reduce output of one of its van models from a Missouri-based factory. So far, production of other Ford vehicles hasn't been affected, but it's uncertain whether a prolonged chip shortage could cause problems.

The problem largely stems from the impact the pandemic had on demand. Last year, decisions to suspend production caused automakers to reduce their use of semiconductor chips. High demand for work-from-home computers and entertainment-based consumer electronic devices diverted semiconductor supply away from the auto industry. Now that demand for vehicles is on the rise, automakers find themselves competing for limited chip supplies.

Who's winning in the chip crunch?

It's therefore no surprise to see big jumps among companies that are directly involved in semiconductor chip manufacturing. Shares of Applied Materials (AMAT -3.87%) saw the biggest gains today, rising more than 6%. ASML Holding (ASML 1.30%) followed suit with a 5% rise, and KLA (KLAC -0.90%) shares were up more than 4%.

It's important to understand that for the most part, these three Nasdaq stocks don't themselves make semiconductor chips. Instead, they provide the sophisticated custom equipment that chipmakers use. Products include lithography systems, various equipment to ensure quality control and detect any potential defects, and related software platforms to operate semiconductor equipment at maximum efficiency.

Semiconductors tend to be a cyclical business, with periods of tight supply leading to dramatic boosts in production capacity that eventually create gluts. For now, though, investors are riding the boom, and shares of KLA, ASML, and Applied Materials could see further gains from here.