Please ensure Javascript is enabled for purposes of website accessibility
Log In Help Join The Motley Fool
Free Article Join Over 1 Million Premium Members And Get More In-Depth Stock Guidance and Research
By Chris Neiger, Danny Vena, and Brian Withers - Mar 28, 2021 at 8:00AM

These tech stocks are off of their 52-week highs -- and it's created a great buying opportunity.

Many tech stocks have soared over the past 12 months as investors looked to companies that could grow during the pandemic. But since the beginning of this year tech stocks have dipped as investors moved their money into other sectors that they think will grow as the economy begins to open back up.

That's left the share prices of some very good technology companies down 25% or more from their 52-week highs -- and that's created a great buying opportunity for tech investors. If you're bargain hunting for technology stocks right now, here's why Roku (ROKU -2.58%), MongoDB (MDB -1.63%), and Okta (OKTA -0.84%) should be at the top of your list. 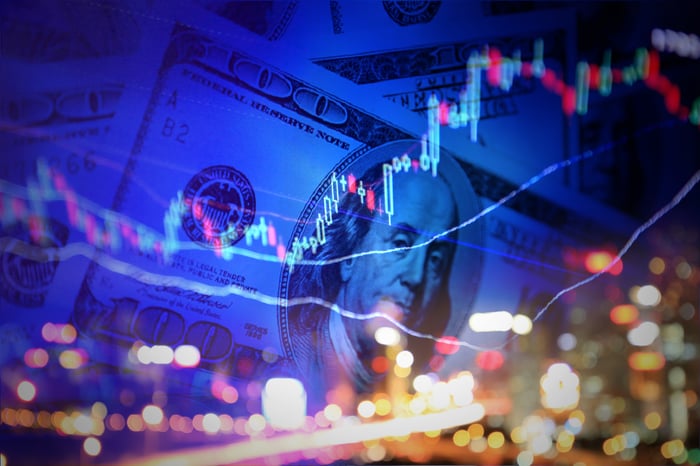 Danny Vena (Roku): You've no doubt heard the term, "Don't throw out the baby with the bathwater," an old adage that refers to mistakenly eliminating good things while trying to get rid of the bad. The recent rotation out of tech and other high-growth stocks has been swift and severe, not to mention something of an overreaction, with investors selling off stocks with excellent growth and strong prospects. I believe that's clearly the case with Roku.

Roku is the leading platform for aggregating a multitude of streaming video channels in one place. Not many companies can go head-to-head with Amazon and live to tell the tale, but Roku just wrested the streaming title from Fire TV -- and the statistics are telling. To close out 2020, Roku reported 51.2 million active accounts, as user growth accelerated to 39% year over. At the same time, Fire TV accounts clocked in at 50 million, with growth slowing to 25%.

There is plenty of additional evidence that Roku's growth story is far from over. The company had the foresight to develop a smart TV operating system (OS) from scratch, rather than repurposing an existing mobile OS. As a result, its platform is the system of choice for a growing number of connected TV manufacturers, both here and abroad. The Roku OS was the No. 1 smart TV operating system in the U.S., found in 38% of all smart TVs sold. It's also the leader in Canada, boasting a 31% market share. Roku is now deploying its successful strategy internationally, building out its user base in Brazil, the United Kingdom, and Mexico, with more countries on tap.

Its multi-pronged strategy is bearing fruit. In the fourth quarter, active accounts grew 39% year over year, while the average revenue per user (ARPU) climbed 24%. Viewers are spending more time on the platform, as streaming hours jumped 55% to 17 billion. This drove revenue up 58% year over year, resulting in an unexpected profit, as Roku continues to leverage its growing user base. But even that doesn't tell the entire story.

The majority of Roku's revenue doesn't come from its namesake streaming boxes and dongles, but rather from its platform segment, which comprises digital advertising, The Roku Channel, and licensing of the Roku OS. Platform revenue soared 81% year over year, accelerating from 71% growth in the prior-year quarter, and up from 78% growth in the third quarter. This marks the highest growth rate since the second quarter of 2019.

Part of Roku's strategy is to get a portion of the advertising from each of the ad-supported channels on its platform. With more than 10,000 channels and a soaring user base, the company is negotiating from a position of strength as the leading streaming platform in North America.

Finally, Roku stock is selling at a 30% discount to its share price just last month, having gotten caught up in the tech-related downturn. Given its ongoing growth and future potential, investors should buy shares now before the market comes to its senses. 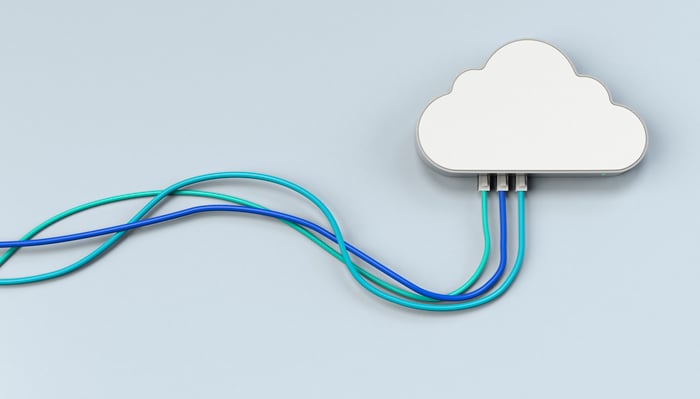 For this cloud database provider, nothing's changed except the price of the stock

Brian Withers (MDB): MongoDB's stock has been caught up in the tech pullback and is down around 30% from its high. Even a solid earnings report and an analyst upgrade didn't stop the stock's downward slide. For long-term-minded investors, this presents an opportunity to buy this cloud database provider at a discount. But before you jump in, let's look at why this tech stock is worth your hard-earned cash.

Earlier in March, management reported its Q4 results with $171 million in top-line revenue growing at a 38% year-over-year clip. Atlas, its easy-to-onboard cloud offering, is continuing to be the workhorse in its stable with a 66% year-over-year revenue gain to become almost half of the company's overall business. Even more impressive is that Atlas customer count grew a whopping 51% over the previous Q4 and it's up sequentially 10% from last quarter.

Atlas customers tend to be smaller with an average of $6,000 to $7,000 in annual spend. Often, these are developers testing out the features and functionality with a non-mission-critical application before choosing the product to power an enterprise-wide application. This has been a successful land-and-expand model for the company. With consistent net expansion rates of 120%-plus, investors can see why customers who spend over $100,000 annually have grown to 975, up 30% over the last year.

As companies move their information technology applications to the cloud, this developer-loved platform will be the leading choice to power enterprises of tomorrow. In addition, new cloud applications are being developed every day, giving this cloud database plenty of room to run. It seems the long-term thesis for this tech stock is still intact and the only thing that's changed for investors is the price of the stock. You may want to gobble up a few shares at this price to expand to your existing position or add this cloud player to your portfolio. 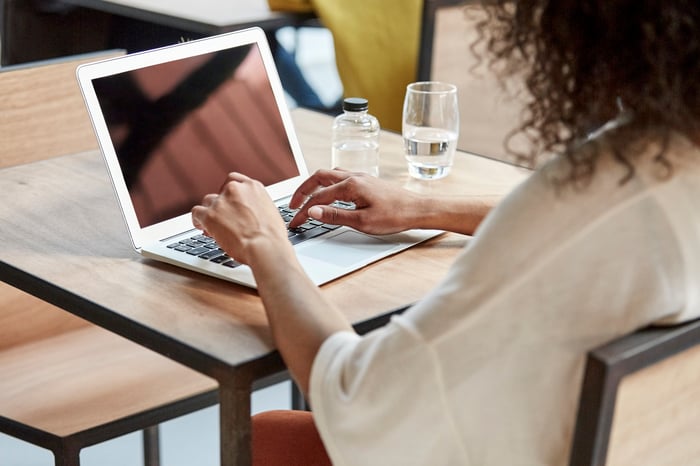 Chris Neiger (Okta): Okta isn't exactly a household name, but this identity and access management (IAM) company is making waves in the tech sector. Okta's services help companies set up permissions and access to data, making it easy for users to manage their logins and for companies to protect important data.

Okta's stock is currently down 25% from its 52-week high, but that has more to do with a broader slide in the tech sector than Okta's financial performance. In the most recent quarter, Okta's sales spiked 41% and the company increased its customers who spend more than $100,000 annually with the company by 33%.

Okta's full-year results were just as impressive. Total revenue jumped 43% in fiscal 2021 to $835 million and subscription sales increased 44% from the previous year. And there's likely more where that came from. The company's management estimates fiscal 2022 sales will jump by 30%.

If that's not enough to peak your interest in Okta, consider that the IAM market is growing fast and is currently worth $55 billion.

Don't let the company's share price drop fool you -- Okta's ability to grow its subscription sales and its addition of high-value $100,000+ customers prove that the company knows exactly what it's doing in the IAM market.

As more companies rely on IAM services to set up and manage their online permissions, many of them will turn to Okta's industry-leading tech -- and as they do, Okta's growth should help its share price to outpace the market over the long term.