Please ensure Javascript is enabled for purposes of website accessibility
Log In Help Join The Motley Fool
Free Article Join Over 1 Million Premium Members And Get More In-Depth Stock Guidance and Research
By Rhian Hunt - Updated Mar 31, 2021 at 7:53AM

U.K. food delivery company Deliveroo, slated to launch its initial public offering (IPO) next Wednesday, April 7, on the London Stock Exchange, now says its starting valuation might be lower than initially forecast. Down from an original $12.1 billion estimate at the high end, the company now says its highest possible IPO market cap will be $10.8 billion. The low-end estimate remains at $10.5 billion.

The lower valuation may be due to troubles with both labor and the company's planned structure, CNBC reports. Several major investors have shied away from Deliveroo at the last minute. The largest, $1.8 trillion Legal and General Investment Management, is withdrawing based on both factors. 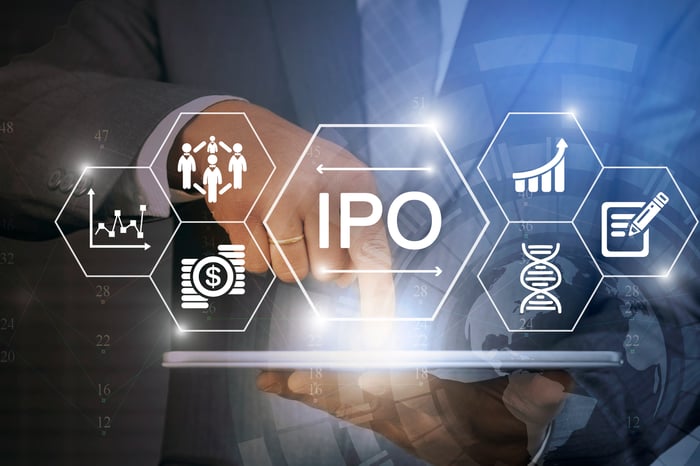 Deliveroo's delivery personnel can earn as little as 2 pounds sterling hourly, or approximately $2.76. The company claims the average hourly pay is 13 pounds, or about $17.93, and that the IPO includes courier bonuses as high as 10,000 pounds, or around $13,792, though the average bonus will be 440 pounds, or approximately $607. While Deliveroo's prospectus says its value could be "adversely affected if our rider model or approach to rider status and our operating practices were successfully challenged or if changes in law require us to reclassify our riders as employees," it attributes its lowered IPO value to general market conditions rather than labor issues.

The company's post-IPO structure is also a source of investor concern. CEO Will Shu will keep voting control for three years, Bloomberg notes, while CNBC points out the executive's personal stake will be worth at least $675 million and possibly more following the public launch.

Deliveroo's stock market ticker remains unknown, but could be DROO or ROO according to rumor. The company is backed by tech giant Amazon, which has a 16% stake in the delivery service.