Please ensure Javascript is enabled for purposes of website accessibility
Log In Help Join The Motley Fool
Free Article Join Over 1 Million Premium Members And Get More In-Depth Stock Guidance and Research
By Courtney Carlsen - Mar 29, 2021 at 8:52AM

The Federal Reserve announced it would not extend SLR relief program, which enabled banks to keep lending in crisis times.

At this time last year, we found ourselves in the beginning stages of the coronavirus pandemic. Many were confused about what it meant for their own lives and for society in general. Investors were spooked by the impact lockdowns would have on the economy, and the S&P 500 tanked 32% from peak to trough last March.

The Federal Reserve recently announced that it would not be extending the relief program that changes the calculation of the SLR and will let the program lapse on March 31, 2021. Here's what this means for investors and the banking sector in general. 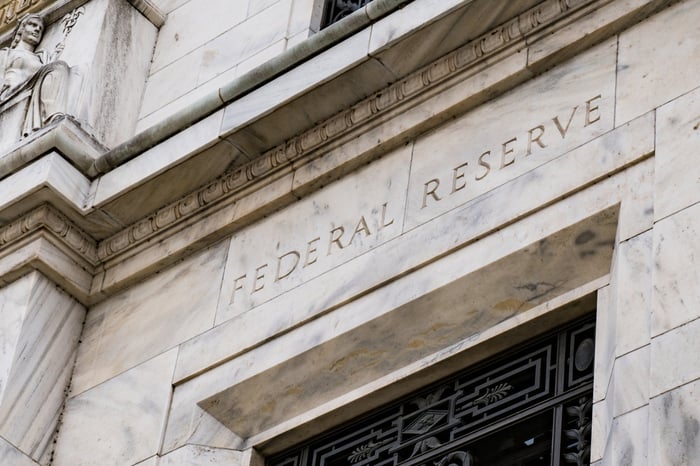 On April 1 last year, the Federal Reserve announced a number of relief programs to ensure the smooth functioning of markets. One measure taken was to alter requirements related to calculating the SLR.

The SLR is a risk measure for banks, and the ratio is one of a number of measures put in place by regulators following the 2007–2008 financial crisis. The SLR requires most large banks to hold capital that equals about 3% of their assets. For banks considered global systemically important banks -- like JPMorgan Chase (JPM -0.82%), Citigroup (C -0.06%), and Bank of America (BAC -1.71%) -- the threshold is 5%. Sen. Sherrod Brown (D-Ohio), chairman of the Senate Banking Committee, called SLR "one of the most important regulatory requirements for large banks put in place after the 2007-2008 financial crisis."

The Fed's relief program last year allowed banks to exclude U.S. Treasuries and central bank reserves from the SLR calculation. The relief program was a response to the many non-banking institutions selling Treasuries to raise cash, and coincided with other measures, including the $2.2 trillion CARES Act, which resulted in even more Treasuries being sold into the market.

The Fed's concern was that the measures it took would hurt banks that hold large amounts of Treasuries, and that banks may be less willing to lend due to constraints related to the SLR. At its core, the relief program encouraged banks to continue lending despite the murky economic outlook.

Without the SLR exemption, some say the Fed's quantitative easing (QE) could strain the financial system. The Fed continues to purchase $120 billion in Treasuries and mortgage-backed securities per month in its QE program. This program adds reserves to the banking system. However, some banks fear they won't be able to put excess reserves to work fast enough, and would be forced to hold extra capital on its balance sheet.

If JPMorgan is limited by its SLR requirements, the bank may need to issue debt and retain higher equity. However, Piepszak says the low-interest-rate environment makes this a losing proposition for the bank. Ultimately the bank may start turning away deposits, which is why the bank has been so adamant about extending the SLR program.

Estimates show that the SLR exemption last year allowed banks to take in $600 billion in excess reserves and Treasuries. The fear is that banks would have to sell off Treasuries in order to meet SLR requirements. However, the Federal Reserve says that the Treasury market is stabilized, banks are well capitalized, and it does not believe that banks will have to sell Treasuries to meet those reserve requirements.

The Fed is already considering alternatives to the old calculation of SLR, noting that with "recent growth in the supply of central bank reserves and the issuance of Treasury securities, the Board may need to address the current design and calibration of the SLR over time to prevent strains from developing that could both constrain economic growth and undermine financial stability."

Rick Rieder, BlackRock's chief investment officer of global fixed income, told Bloomberg that the lapse of SLR exemptions may also be an indicator that central bank will announce its tapering of its QE program as soon as June, with the process starting before year-end.

Financial conditions should continue to improve as we enter a post-pandemic world, meaning that many of the Fed's crisis-era tools will be modified or discontinued altogether. As these measures lapse, the market will see some volatility -- as we've seen in recent weeks -- but for long-term investors, it's a positive sign that the current conditions no longer warrant such drastic measures.