A famous timepiece is going up for auction with an NFT.

Shares of digital security company WISeKey International Holding (WKEY -1.31%) jumped as much as 24.3% in trading on Monday after the company announced details of an NFT, or non-fungible token, auction. Shares didn't stay at their high and closed up just 7.5% for the day.

Last week, WISeKey's shares were up sharply just on the news that it would hold an NFT auction. But the item to be auctioned off wasn't known, except that it was going to be a watch. 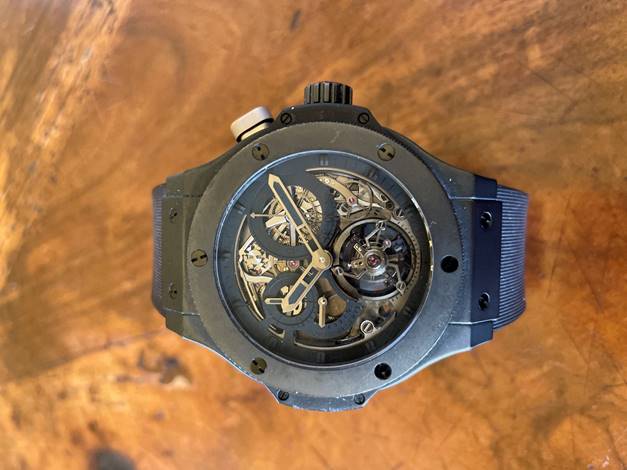 Today, the company announced that Jean-Claude Biver will be selling the Bigger Bang All Black Tourbillon Chronograph "Special piece," which it calls a "historic timepiece." Biver is a well-known watchmaker who was involved with brands like Blancpain, Omega, TAG Heuer, and LVMH. The watch and associated NFT verifying authenticity will go up for auction March 31, 2021, at 4 p.m. CET, 10 a.m EDT.

Simply being in the NFT business seems to be enough to push stocks higher today and WISeKey is a big beneficiary. But the company also seems to have found a valuable use case for NFT technology as a digital ownership authentication method. This is a business I'll be watching closely as NFTs gain traction, even if I'm not buying today's pop.

Why WISeKey International Holding Stock Jumped as Much as 46.9% Today