Investors were disappointed by a new partnership announcement from the children's entertainment company.

Shares of Genius Brands (GNUS 6.68%) were tumbling Tuesday after an announcement about a new partnership with Marvel didn't live up to investor expectations.

As of 1:10 p.m. EDT, shares of the children's entertainment company were trading down by about 21%. 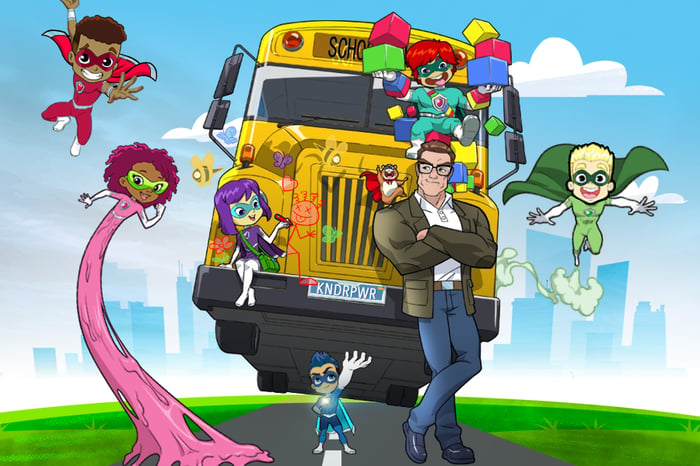 In its press release Tuesday morning, Genius Brands said that it had entered into an agreement with Marvel Studios, which is owned by Disney, in which Marvel will license from Genius Brands certain likeness rights of Stan Lee, the creator of many of Marvel's best-known characters.

It's the first such collaboration between the two companies, and Genius said the companies are discussing other ways to work on Stan Lee-related content in the future. Through a joint venture with POW! Entertainment, Genius Brands controls Stan Lee's likeness, signature, and similar assets, as well as content and brands he created after leaving Marvel. It's unclear how much Genius Brands will get paid in the deal.

In and of itself, the announcement is a step in the right direction for a company looking to monetize its intellectual property, but investors sold the stock because they had expected bigger news after CEO Andy Hayward teased the partnership multiple times.

In a November letter to shareholders, Hayward wrote (bold is his), "I am authorized to share today that we are now working with Marvel Studios on an important Stan Lee initiative which we will be announcing shortly. Like everything that Stan Lee ever touched, I can assure all our shareholders it will be significant, and the announcement will be worth the wait."

He also updated investors in early March to say that the announcement would come by the end of March, leading to speculation on Twitter that the stock could reach $5 a share on the news.

Instead, the opposite proved to be true, and shares were trading near $2 Tuesday morning.

This is far from the first time Hayward has teased investors with hints about pending news only to end up disappointing them. Announcements about a partnership with Arnold Schwarzenegger and even rumors about a full-on acquisition by Disney haven't lived up to expectations.

While Genius Brands has taken meaningful steps to acquire intellectual property, the company has yet to find ways to monetize it. It brought in only about $1 million in revenue through the first three quarters of 2020. As a result, Genius Brands still trades in the penny stock range, and the repeated pumping of the stock by Hayward seems like a good reason to stay away.