You're better off avoiding these popular Robinhood stocks.

The Robinhood stock-trading platform has changed the investing game forever, ushering in an era of free stock trades and adding a level of transparency to the market that was previously non-existent.

For example, the trading platform keeping a regularly updated list of what the 100 most popular stocks are among users of the brokerage. That list offers investors looking for ideas a useful starting point as well as a window into what's hot among millennial investors (the average age of a Robinhood user is just 31).

According to the list, Robinhooders' most widely held stocks range from those in the FAANG group like Apple and Amazon to hot growth sectors like cannabis and electric vehicle stocks, and even turnaround plays like cruise-line operator Carnival.

That said, a number of the more popular stocks on Robinhood are best left alone as unsound investment options. Let's take a look at three of the stocks Robinhood investors are wrong about. 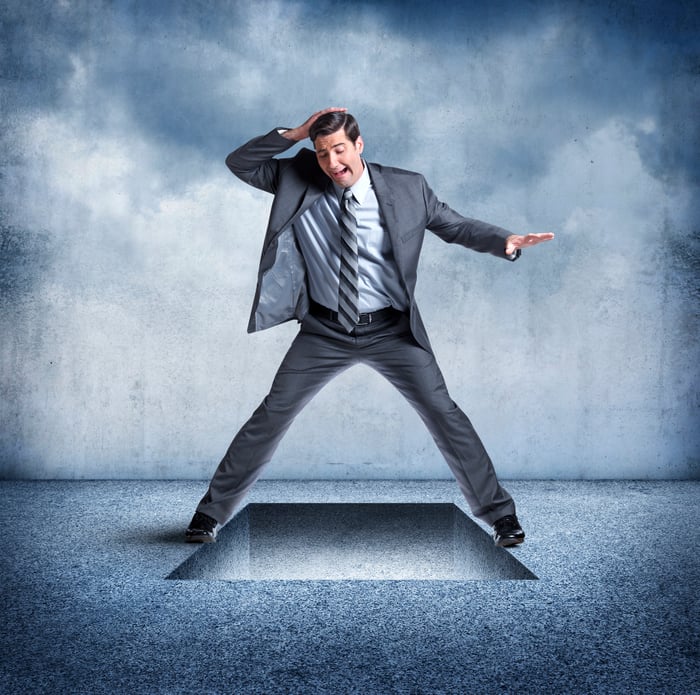 Over the last few months, AMC Entertainment (AMC 0.08%) has seen a surge of interest as one of the top meme stocks being discussed on Reddit boards like WallStreetBets.

AMC is currently the third-most-popular stock on Robinhood. The bull case for the company is that it staved off bankruptcy during the pandemic, and will benefit from pent-up demand in the reopening. But AMC's (volatile) stock price is already up 43% since the start of 2020 (before the pandemic was a reality), indicating that any upside to the stock is already priced in.

More important is the long list of reasons to avoid the stock. The total number of shares has been diluted by a factor of four during the pandemic, meaning the company would have to increase its profits by 300% to offset that dilution. Management has added about $1 billion into an already substantial debt burden, which now reaches $5.7 billion at interest rates as high as 15%, which will eat into any operating profit the company generates once the pandemic ends. That means that the company's ability to generate meaningful per-share profits is substantially diminished. Moreover, even the argument about pent-up demand seems questionable after movie studios found alternate means of relasing films. For instance, Walt Disney said it would release The Black Widow and Cruella this summer simultaneously in theaters and for a premium on the streaming service Disney+. AMC management has also shown that its interests aren't aligned with those of AMC shareholders, paying executive bonuses worth nearly $10 million even after the worst year in movie theater history.

The more outrageous of the AMC bulls are touting per-share stock price targets like $2,000 that are utterly fantastical, implying the company could be worth $1 trillion. But this is a broken business in a declining industry. Best to stay away.

While Genius Brands (GNUS 5.70%) was never a full-fledged meme stock, the children's content creator had a similar moment last May. The stock spiked on hopes of a new partnership with actor Arnold Schwarzenegger, a deal to license lesser-known intellectual property from Marvel creator Stan Lee, and rumors that Disney could make a bid for the company.

Fast-forward nearly a year and Genius Brands still finds itself on Robinhood's Top 100 list. However, little has changed about the underlying business. Through the first three quarters of 2020, Genius Brands generated just $1.17 million in revenue and posted a $7.5 million operating loss. Revenue has actually fallen sharply in 2020, in part because it lapped the sale of Season 2 of Llama Llama to Netflix in 2019.

Genius Brands took advantage of the stock price gains to raise more capital, and now has $50 million in cash on the balance sheet. But the business is priced as if the company were on the verge of a breakthrough, trading at a market cap near $800 million, a valuation completely divorced from the realities of Genius Brands' financial results. While there is an argument that there is underlying value to the company's intellectual property, Genius Brands has long struggled to monetize its content, and building a content business isn't easy. After all, there's a reason why Disney has been the clear leader in children's entertainment for nearly 100 years.

Eventually, Genius Brands' stock price and valuation will better sync with its financial performance, and that means the stock price will fall.

Looking for a stock with no product and no revenue, and a founder who famously lied to investors? Nikola (NKLA -7.88%) might be the stock for you.

Nikola went public through a SPAC last year, giving the company an outlet to the public markets that it likely would have struggled to get on its own. The company has big plans to produce hydrogen-powered and electric vehicles, but investors have encountered a series of red flags since the company went public. After a short seller accused the company of presenting a vehicle as a functioning prototype when it was just an auto body rolling down a hill (known as a "pusher"), Founder Trevor Milton was forced out of the company and accused of fraud.

Then, General Motors stepped back from a much-touted partnership with the company, which had seemed to validate Nikola, and Nikola management said it wouldn't manufacture the Badger electric pickup truck, which seemed to be the company's most anticipated model.

The stock price is now down more than 80% from its peak shortly after it went public, but it's still among the most popularly held stocks on Robinhood. Nikola isn't a total fraud -- the company owns patents and has partnered with other companies to build its first vehicles. But its track record is about as unscrupulous as they come, and succeeding in electric vehicles isn't easy even for a well-oiled auto manufacturing machine.

Investors looking for a winning EV stock are best off looking elsewhere.