Please ensure Javascript is enabled for purposes of website accessibility
Log In Help Join The Motley Fool
Free Article Join Over 1 Million Premium Members And Get More In-Depth Stock Guidance and Research
By Howard Smith - Mar 31, 2021 at 10:33AM

The online pet retailer surprised analysts with a fourth-quarter profit.

Online pet supplies retailer Chewy (CHWY 6.15%) has been mentioned in the news more lately for its co-founder and former CEO Ryan Cohen's work trying to turn GameStop's business around. But Chewy is making its own news Wednesday morning, after reporting better-than-expected quarterly earnings. As of 10:15 a.m. EDT, Chewy shares were trading up 10%.

Chewy reported a surprise profit for its 2020 fiscal fourth quarter ended Jan. 31, and 47% growth in net sales for the full fiscal year versus the prior-year period. The company took advantage of stay-at-home requirements during the pandemic as people not only added new pets to households, but also embraced online shopping. 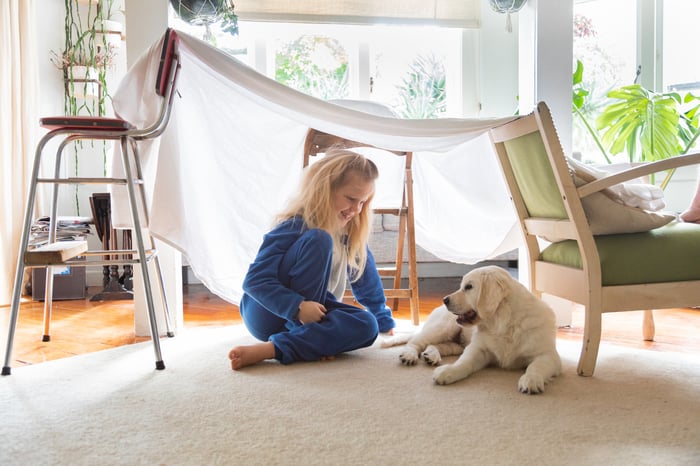 Though Chewy reported a net loss of $92.5 million for the full year, it managed to earn a positive net income of $0.05 per share in the fourth quarter. Analysts had expected the company to report a loss of $0.10 per share for the period.

Chewy CEO Sumit Singh praised the company's progress that led to its first quarter of positive net income. He said in a statement, "Years of preparation and focus have positioned us as the Internet's preeminent neighborhood pet store and a leading pure-play e-commerce company in the pet space."