Please ensure Javascript is enabled for purposes of website accessibility
Log In Help Join The Motley Fool
Free Article Join Over 1 Million Premium Members And Get More In-Depth Stock Guidance and Research
By Travis Hoium - Updated Apr 1, 2021 at 8:12AM

GoPro stock is rallying, but it may not be a great buy at today's price.

Apparently, shares have become favored among Robinhood investors, and fellow Fool Howard Smith recently suggested that a short squeeze could be taking place. What makes this unusual as a short squeeze play is that there's no fundamental news driving the stock right now. The jump in stock price makes this a great time for investors to take a step back and ask if now is a time to reconsider this hot stock or, if already invested, to jump ship while shares are up. 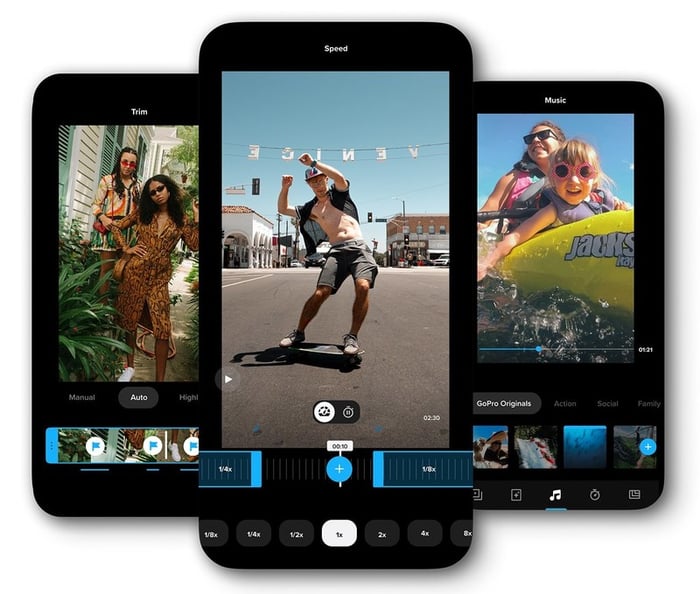 This may sound crazy, but since going public in 2014, GoPro's financials have actually gotten worse. Yearly revenue has fallen nearly 10% since then to $891.9 million in the past year, and the company lost $66.8 million in 2020. This was once a highly profitable growth stock, but that story has changed. 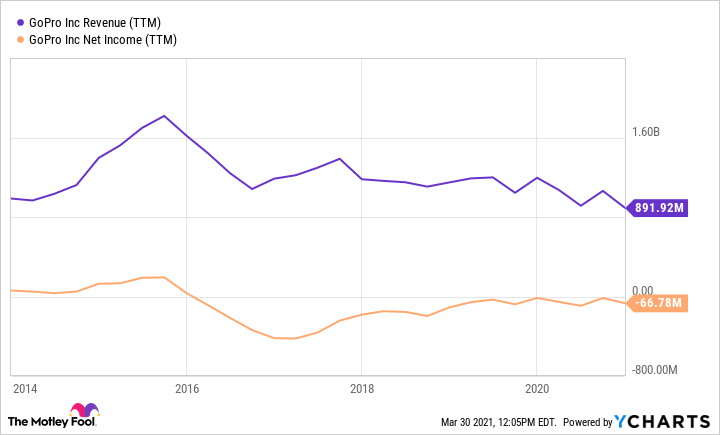 The drop in revenue is partly because of competition from smartphones and other action camera companies, but the biggest problem is that GoPro hasn't found ways to expand its business. The core products in GoPro's lineup are still essentially the same as they were seven or eight years ago.

All the tricks are out of the bag

Management so far hasn't found any logical way for GoPro to expand its product line. The company hasn't seen any success producing drones and it never gained traction in the media business. Today, it's stuck with a great action camera, but competes with dozens of other camera makers, effectively commoditizing its product.

A recent launch of the GoPro Labs firmware program has unlocked some interesting capabilities like motion detection, dashcam support, live streaming access, and more. But these features are still niche use cases for the GoPro camera and don't fundamentally change its product lineup or make this a growth stock. It seems at this point that all of the ideas GoPro had have been launched.

Where does GoPro go from here?

What's strange about GoPro's business is that it's tough as a stand-alone business, but it could be valuable as part of the ecosystem of a larger organization. For example, Garmin makes action cameras as well, but it also has smartwatches, aviation equipment, and even marine products. The ecosystem of products works together and makes the R&D and sales organizations more efficient. GoPro doesn't have that as a stand-alone company.

Shares of GoPro may be on fire right now, but eventually, the company is going to have to live up to higher financial expectations. And that's where the investment thesis falls apart, which is why this isn't a stock I would buy today.