Please ensure Javascript is enabled for purposes of website accessibility
Log In Help Join The Motley Fool
Free Article Join Over 1 Million Premium Members And Get More In-Depth Stock Guidance and Research
By Anthony Di Pizio - Apr 2, 2021 at 9:09AM

From camera hardware to software subscriptions, this transformation story is poised to boom as economies reopen.

As summer rolls around and economies tentatively reopen, camera company GoPro (GPRO 4.64%) is well-placed to capture the moment. With direct-to-consumer sales and an expansion of its camera app, the company's transformation is already bearing fruit. After a tough 2020, a bumper summer could cement the turnaround story. 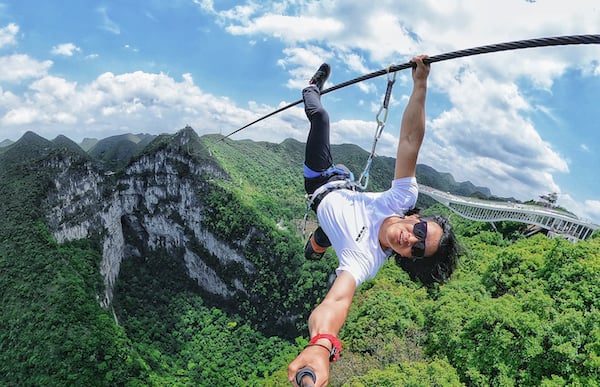 To survive, GoPro will have to take a daring leap into new ventures. Image source: GoPro.

In with the new

GoPro's grappling with stagnant revenue growth from its one-dimensional camera business. To survive, it's trying to expand to customers outside its existing suite of products, and switching from hardware to more lucrative software as its core business.

Quik is GoPro's new feature-packed camera app for smartphones, aiming to replace the native camera app on your device. Its key features include:

It's free to use, but most features come with a paid option for $1.99 a month or $9.99 a year. GoPro Premium subscribers -- the hardcore fans who pay $69.99 a year for cloud storage and product discounts -- get the full version free of charge.

GoPro has already built a paying subscriber base of 761,000 users as of the end of 2020, up an impressive 145% from 2019. The company expects to generate $50 million in annual recurring revenue for every 1 million subscribers, meaning that the company expects most of that subscription money to come through GoPro Premium.

Action cameras remain core to GoPro's business but it has adjusted its sales mix to improve profitability. Rather than selling them to retailers, who then sell to the consumers, GoPro is now using its website to reach consumers directly. Selling direct allows GoPro to pocket the retailers' cut while building a closer relationship with its customers.

This improves gross margins: As the GoPro website generates a bigger portion of sales, the company earns more money per product:

GoPro has a history of losing money, but it was improving substantially until COVID hit, with the trend suggesting it could have turned a profit in 2020 if not for the pandemic:

With the addition of a rapidly growing, high-margin (over 50% operating margins, according to the company) subscription business, there is a good chance GoPro could get the earnings trend back on track.

The US comprises approximately 54% of GoPro's business, so with the country moving into a more normal summer season, a strong sales bump could set the tone for the rest of the year.

Concern over the above losses is only logical, but GoPro is moving in the right direction, and is in solid financial health. A key potential drawback would be another year like the last, with external shocks.

Many competitors have entered the action camera market, but GoPro has maintained the dominant position through consistent innovation, while its rivals follow. GoPro's HERO9 is a great example: the first action camera to shoot in 5K HD.

While smartphone cameras have improved, it appears this hasn't detracted from GoPro's steady revenue figures. Consumers tend to install their entire lives on their phones, so it's possible they're not willing to place them at risk! If smartphone makers solve the fragility issue, this would theoretically hurt GoPro's business.

The company has about $218 million in debt, offset by $325 million in cash. Even if it has another year like 2020 (unlikely), it has enough cash to try again in a more normal 2022. If the company can break even this year, or turn a small profit, it might set up a blockbuster 2022.

With a current market cap of just $1.7 billion on more than $1 billion revenues in a typical year, investors should keep a close eye on GoPro's profits to see whether its risky new adventure will lead to a brighter big picture.