Please ensure Javascript is enabled for purposes of website accessibility
Log In Help Join The Motley Fool
Free Article Join Over 1 Million Premium Members And Get More In-Depth Stock Guidance and Research
By Brett Schafer - Apr 2, 2021 at 7:33AM

Nintendo (NTDOY 0.12%) has gotten its groove back, mainly due to the success of its Switch console. The device has remained the top-selling gaming console in the U.S. for 27 straight months, not to mention the record software sales for hits like Animal Crossing: New Horizons and The Legend of Zelda: Breath of the Wild. However, while Nintendo has led the console market, it has lagged in the development of mobile games. Management even admitted last summer that the company has done terribly in the mobile market and noted it has considered abandoning that segment of the video game industry altogether.

That no longer looks to be the case. On March 23, Nintendo announced that it had formed a new partnership with augmented reality (AR) and mobile-gaming studio Niantic to build applications and games based on Nintendo's intellectual property. Here are more details on the deal and why it is an exciting development for Nintendo. 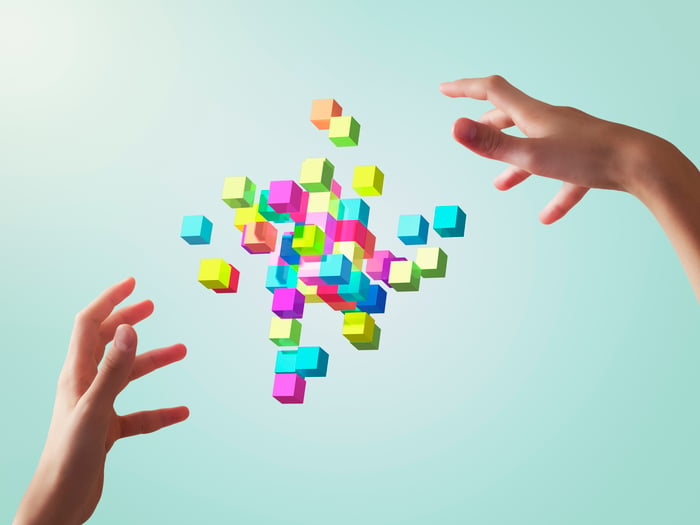 Taking a walk with Pikmin

Starting with the niche property Pikmin (not to be confused with Pokemon), Niantic and Nintendo announced that they will be working together to develop mobile apps that combine Nintendo characters like Mario and Donkey Kong with Niantic's augmented-reality technology. The Pikmin game is coming sometime in 2021 and will be "walking-based" with more games and apps soon to follow.

Niantic CEO John Hanke that summarized their vision in a press release: "We're looking forward to shaping the future of AR together, bringing Nintendo's beloved game characters to life for mobile game players around the world."

Mobile is a huge market

The mobile segment of the gaming market is now the industry's largest -- it accounts for an estimated $85 billion of the global gaming industry's $165 billion of revenue. Yet Nintendo has failed so far to capitalize on the mobile opportunity. In the nine months ended Dec. 31, the company's revenue in its "mobile, IP, and other" category was just 42 billion yen (less than $400 million), or 3% of Nintendo's overall sales for the period.

Through this partnership with Niantic, Nintendo will no doubt sacrifice some potential profits by sharing revenue with the studio, but it will also be outsourcing development to known experts in mobile and AR gaming. Niantic was the studio behind the famous Pokemon Go game, which should give investors confidence that the team can execute with beloved Nintendo properties.

Another beautiful thing about this partnership, at least for Nintendo investors, is that the company already owns a stake in Niantic. Nintendo participated in a Series A funding round back in 2015 after Niantic spun out of Alphabet. The percentage of the studio that Nintendo now owns is unknown. However, Niantic was reportedly valued at $4 billion back in 2019. If it can become a leader in the mobile and AR gaming markets (an industry with close to $100 billion in annual spending), that valuation could end up being a lot higher a few years from now.

Overall, this partnership is a savvy move from Nintendo as it seeks to finally gain real traction in mobile. Like its partnerships with Universal on the Super Nintendo World theme parks and with Illumination studios for the upcoming Super Mario movie, a team-up with established experts gives Nintendo a better chance to succeed in each respective industry over the long term. And that should get any current shareholders excited.