The machine vision stock has soared roughly 6,920% over the last year.

Shares of MicroVision (MVIS 0.93%) gained 24.7% in March, according to data from S&P Global Market Intelligence. The stock shrugged off market-shaking volatility in the technology sector and posted big gains thanks to encouraging guidance from management and signs of momentum in the broader machine vision space. 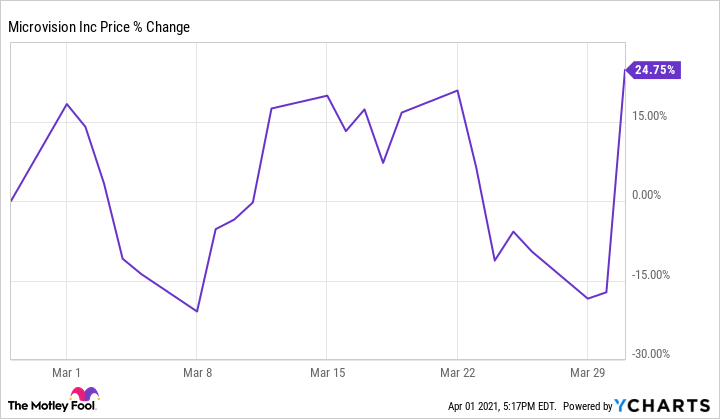 MicroVision published its fourth-quarter results on March 11, reporting that it had generated $395,000 in licensing revenue and posted a net loss of $3.6 million ($0.02 per share) in the period. However, news that the company's long-range light-detection-and-ranging (lidar) technologies could be ready for market this year appears to have been the factor behind the huge jump.

MicroVision stock also appears to have gotten a substantial boost at the end of the month following news that Microsoft had signed a $22 billion contract to provide HoloLens 2 augmented-reality headset units to the U.S. Army. 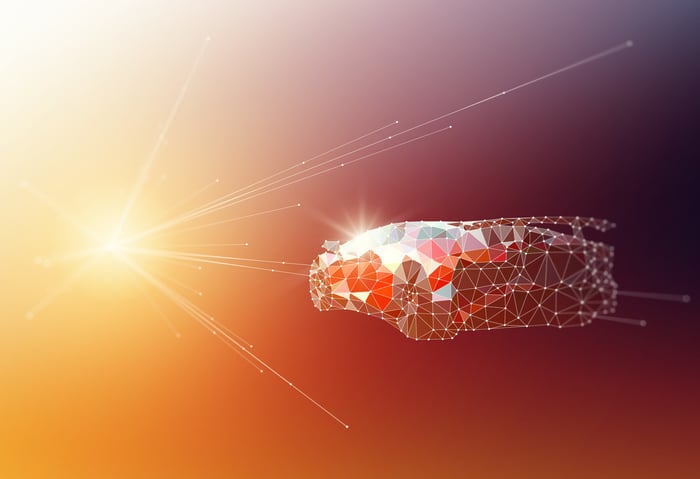 MicroVision expects to demonstrate a working version of its long-range lidar technology this month, and management believes it could have a small number of units available for sale in the third or the fourth quarter. The company is reportedly a components supplier for Microsoft's HoloLens 2 hardware, and the tech giant's huge deal with the U.S. Army could be a major boon to the machine-vision technology company.

Strong performance for MicroVision stock last month came on the heels of a 109% increase for the company's share price in February.

MicroVision stock has been hit with a significant sell-off early in April's trading. The company's share price sank roughly 16.7% in the month's first trading day. 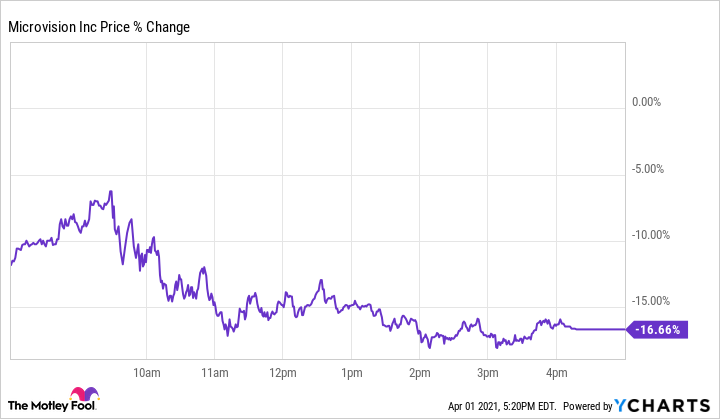 While machine vision is likely to be a hot growth industry through the next decade and beyond, investors should keep in mind that there are a variety of competitors in the lidar niche and broader technology category, and MicroVision's outlook is highly speculative. It's possible that the company will score big wins with long-range lidar and other solutions, but the company is still very young and has yet to generate substantial revenue -- let alone profits.

MicroVision has a market capitalization of roughly $2.45 billion and is valued at a whopping 603 times this year's expected sales.