The Canadian cannabis company got a boost from a new strategic partnership.

The stocks of several cannabis producers have more than doubled just since the start of the year, including Organigram Holdings (OGI 4.07%). Organigram got an added boost from news of a strategic partnership in March, helping its shares gain 14.5% in the month, according to data provided by S&P Global Market Intelligence. 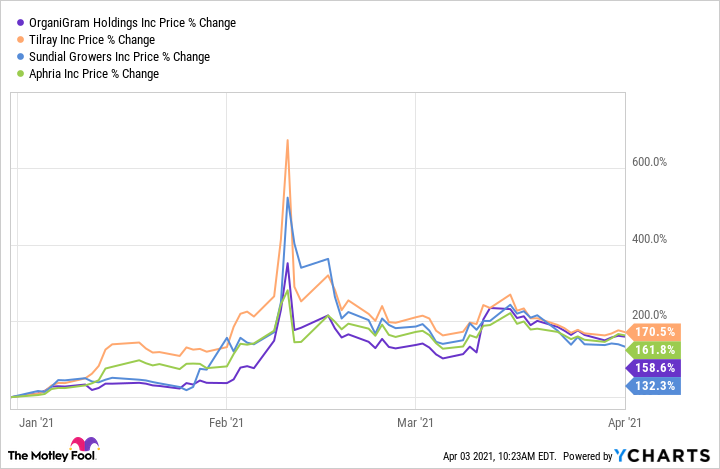 Other positive news for the Canadian grower came later in the month, when the Government of New Brunswick decided to continue the operation of marijuana retailer Cannabis New Brunswick. The government-run retailer has reported growing profitability, giving authorities good reason to continue supporting it rather than turn it private. 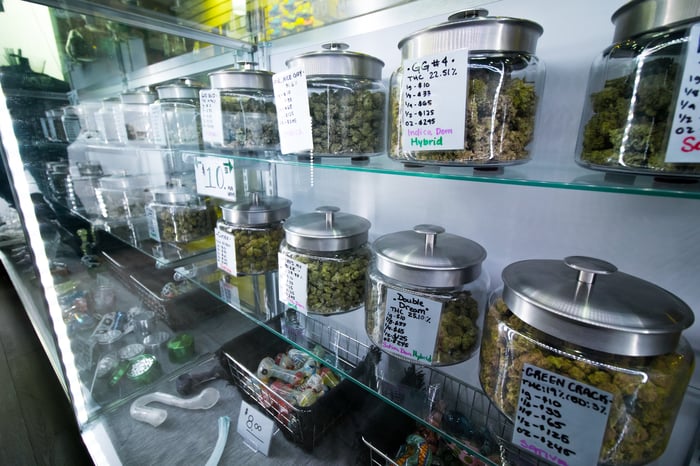 Organigram stands to benefit from a successful and supported Cannabis NB retailing operation as the largest New Brunswick-based licensed producer of cannabis. Organigram's lone operation is an indoor facility in Moncton, New Brunswick. The space uses a three-level cultivation design, and by focusing on one supply facility, allows for a more flexible operation to help control costs.

But the BAT investment was the big news for the month. The investment includes plans for research and development collaboration with Organigram. The efforts will "focus on developing the next generation of cannabis products with an initial focus on CBD," the companies said in a joint statement.

The capital injection is significant for the $1 billion market cap company. It will help Organigram accelerate its pipeline through research and development, and will strengthen its ability to expand into the U.S. and other countries, the company said in a statement. For BAT, it gives the company an additional avenue to shift from tobacco and nicotine products.

Investors would like to see that BAT investment help move Organigram closer to profitability. In its most recently reported fiscal quarter ended Nov. 30, 2020, the company reported another net loss, but did generate a small positive cash flow from operations for the second time in the past three quarters. Investors can look forward to its next earnings report, which should be coming sometime in the middle of April.