Investors piled in after Upstart's first quarterly financial release as a public company.

Shares of lending platform company Upstart Holdings (UPST 8.04%) soared 96.3% in March, according to data provided by S&P Global Market Intelligence. Though there has been much volatility in the stock since the company announced its fourth-quarter and fiscal year 2020 earnings report on March 17, much of the month's gains came with the almost 90% jump after the earnings release.

Upstart uses artificial intelligence to power its lending platform used by banks and credit unions. Upstart reported fourth-quarter revenue grew 39% year over year, but the company's 2021 guidance was what impressed investors the most. The company guided for first-quarter revenue of $115 million at the midpoint of the range, and for full-year revenue to grow 115% to about $500 million. One of the catalysts for growth was also reported the day earnings were released. Upstart made an acquisition that will add an auto loan segment to the company's offerings. 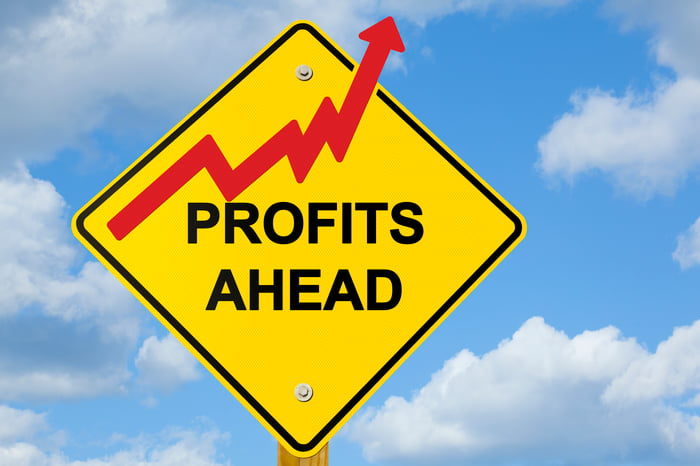 The acquisition of Prodigy Software will expand Upstart's offerings into the auto loan segment. Prodigy is a provider of cloud-based automotive retail software. Prodigy's software helps bring dealership operations more in line with the new ways people are shopping for cars. Upstart co-founder and CEO Dave Girouard said of the acquisition, "Upstart is on a path to reduce the cost of auto financing, and we can accelerate this opportunity with a modern multi-channel purchase experience."

An added attraction for investors is that Upstart isn't a lender, so it doesn't take on related risks that lenders have. Rather, it provides an artificial intelligence-based platform to help lenders make better loan decisions. "Traditional credit scores leave people behind. We use artificial intelligence to expand access to reasonably priced credit," the company says of its offerings.

In the last week of March, Upstart also released a new product that had been in limited preview use with current bank customers. The Upstart Referral Network system helps match borrowers with banks and credit unions. It enables the lenders to "build more inclusive and profitable loan portfolios that match their risk profile, and consumers get better access to more affordable credit," according to a company statement.

Upstart started trading in December 2020 after going public through the traditional initial public offering (IPO) process. Investors see much potential in the newly public company, but it still has to grow into its current valuation. At its estimated level of 2021 revenue, Upstart is now trading at about 20 times this year's sales. That level of valuation will likely bring more volatility ahead.

Where Will Upstart Be In 10 Years?

Is Upstart in Trouble After the Fed's Monster Rate Hike?