Shares of the low-code software maker pulled back on a broader market rotation.

Shares of Appian (APPN 3.55%) were moving lower in March as the cloud stock succumbed to broader pressure on growth stocks; investors rotated out of high-priced tech stocks and into value stocks. Appian, which specializes in low-code software, seemed particularly vulnerable after shares had more than tripled in a run-up that began in November. 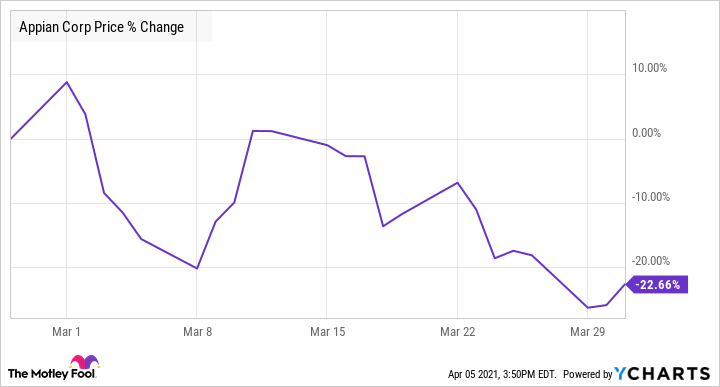 Appian shares fell sharply in the first week of the month alongside a sell-off in the Nasdaq as interest rates rose, pressuring investors out of high-priced stocks like Appian, as long-dated earnings become less valuable when interest rates rise. The stock also came into the month looking pricey, trading at a price-to-sales ratio of about 40. 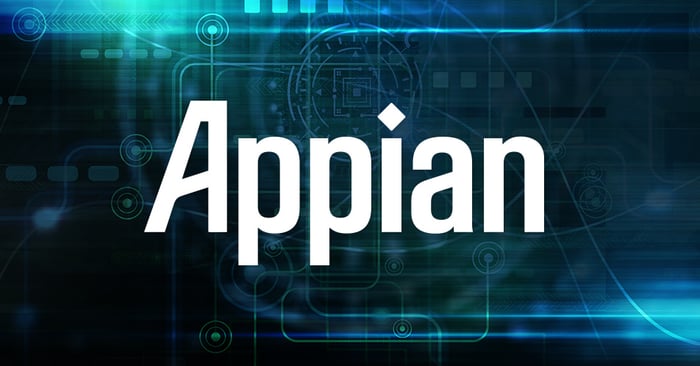 The second week of March saw Appian recover those losses as tech stocks came back into fashion, but shares slid again in the second half of the month as pressure against cloud stocks remained.

Investors had bid the stock higher with the help of a short squeeze in recent months; low-code software appears to be reaching a tipping point after adoption accelerated during the pandemic, and management is also targeting a 30% growth rate in the cloud subscription business over the long term.

Taking a slightly longer-term view, Appian shares have still doubled over the last six months so there's no reason to panic about last month's sell-off, which is likely a correction after the stock had reached as high as $260 earlier this year.

While the stock's valuation could see continued pressure, especially if investors continue to rotate out of growth stocks, the underlying business prospects continue to look solid.