Despite recent sell-offs, the Chinese flying taxi stock is still up 192% over the last year.

Shares of EHang (EH 0.62%) fell 20.1% in March, according to data from S&P Global Market Intelligence. The stock has been under pressure since short-selling firm Wolfpack Research published a skeptical note on the company in February, and it sank lower last month amid a valuation pullback for the technology sector more broadly. 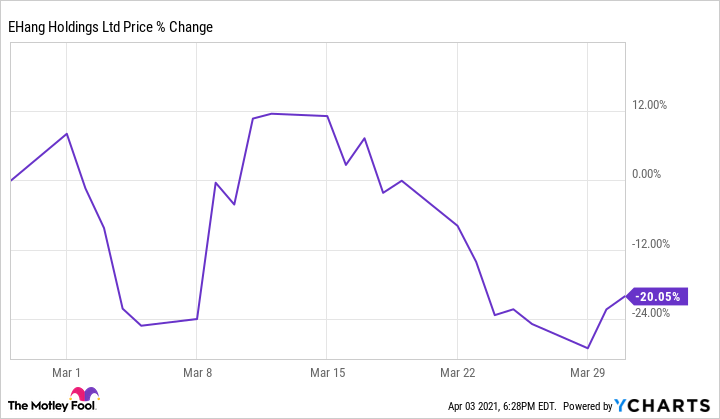 Excitement surrounding EHang's initiatives to develop and market autonomous flying taxis and other aerial drones has propelled big gains for the stock over the past year, but the market for these kinds of products is still very young. EHang's shares had hit an all-time high in February, and it's not surprising that its stock fell as growth-dependent tech stocks sold off last month. 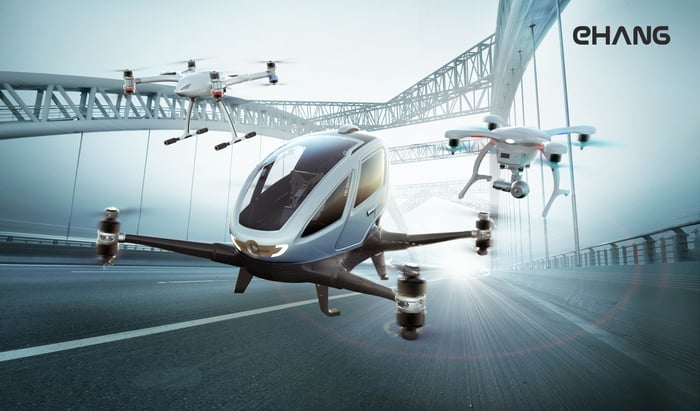 EHang's stock is up roughly 192% over the last year, but it's also down roughly 72% from the lifetime high of $129.80 per share it hit in February. The stock's rally was cut short by Wolfpack Research's bearish report, which alleged that EHang was "an elaborate stock promotion, built on largely fabricated revenues based on sham sales contracts with a customer who appears to us to be more interested in helping inflate the value of its investment in EH i.e., pump EH's stock price than actually buying its products."

EHang responded by saying that it did not believe that Kunxiang, the customer in question, had ever held any significant stake in the company, but Wolfpack's short report has had a lasting impact on the company's share price. EHang did have some business news to announce last month, but the recent short report and market pressure on technology equities appear to have been bigger factors in its stock's performance.

EHang published a press release on March 16 announcing that it was partnering with Giancarlo Zema Designs Group, an Italian architecture firm. Giancarlo Zema will be designing and building an eco-sustainable vertiport launch pad in Italy for EHang's passenger air vehicles and other air mobility vehicles.

EHang's stock has continued to move lower early in April. The company's share price is down roughly 6% in the month so far. 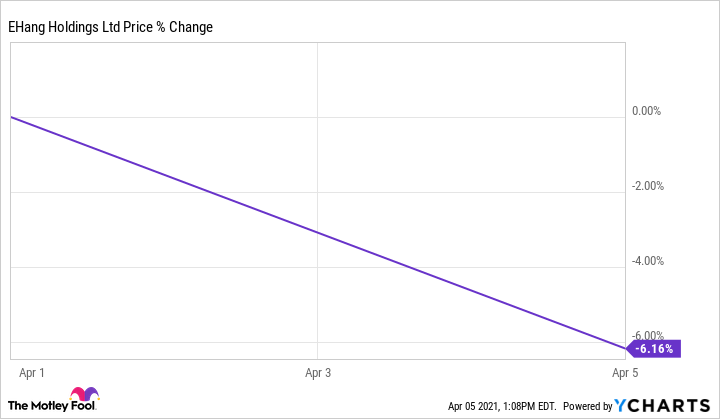 EHang is scheduled to report fourth-quarter results on April 16. With a highly speculative outlook, EHang shares are primed for volatility if the stock market market turns turbulent. Some investors appear to be rotating out of growth-dependent technology stocks in favor of companies that look safer on a fundamental basis, and that could spell trouble for EHang's stock. And if the company's autonomous aerial vehicle plans fall behind schedule, shares could sink further.

EHang has a market capitalization of roughly $1.85 billion and trades at approximately 21 times this year's expected sales.